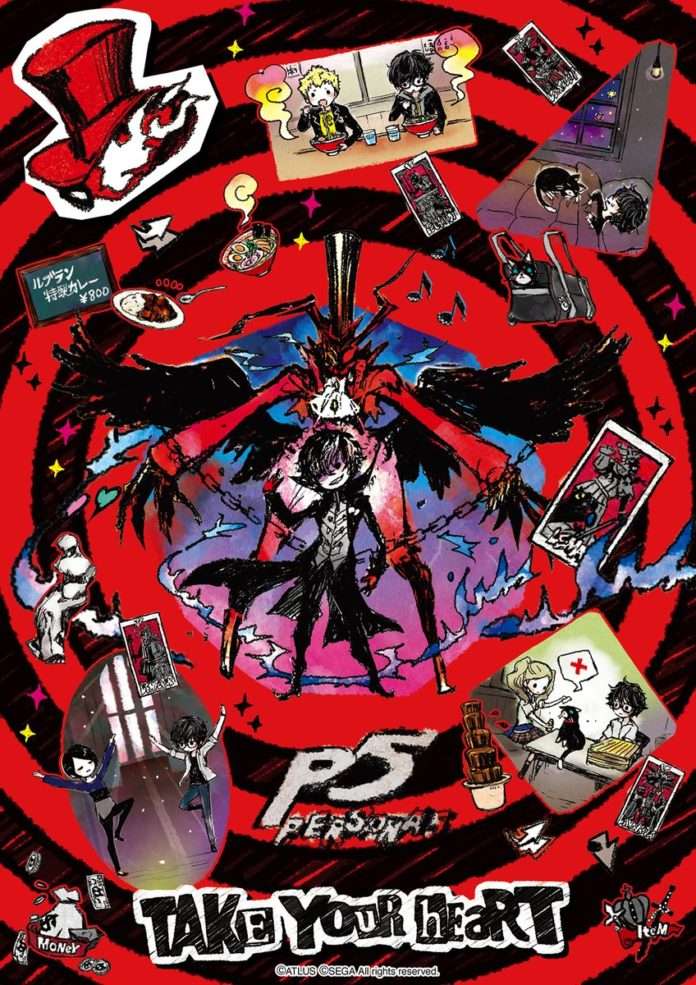 A new range of Persona 5 GraffArt merchandise has been revealed, featuring event scenes from the game.

The initial range of Persona 5 GraffArt merchandise was revealed in February, 2018. A second range featuring Confidants was released in October, 2018.

The Confidant GraffArt themed merchandise was made available for pre order from October 13, 2018 from various GraffArt stores in Japan. Postcards featuring the art were available as a purchase benefit for spending over 2000 yen on merchandise.