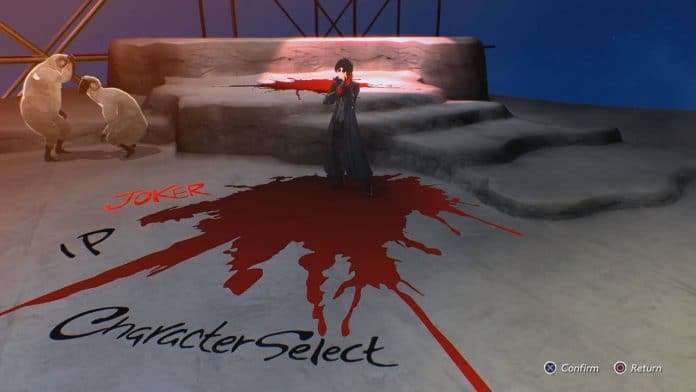 Atlus has confirmed that the DLC will be available as part of the “Catherine: Full Body Digital Deluxe Edition,” and as a standalone release after the game’s launch on September 3rd.

Joker was released as DLC in all first-print editions of Catherine: Full Body in Japan. He will be playable in the Babel (survival) and Colosseum (multiplayer) game modes. Selecting Joker will have Persona 5‘s “Life Will Change” play as the background music, with the phantom thieves commenting as he climbs.

Gameplay video from the Japanese version can be seen below.

Previously, a glimpse of the English trailer had been mistakenly shown in an E3 2019 presentation for Catherine: Full Body via Shacknews.

The Persona 5 DLC was previously confirmed for English release through the digital pre-order page for Catherine: Full Body, along with the “Playable Character Set,” Catherine “Ideal Voice Set,” and “Horn-Rimmed Glasses.”