During the Persona 5 launch live stream on September 14, Atlus showed off various developer comments and illustrations from known artists celebrating the launch of the game.

A post has subsequently gone up on the Persona Channel for those comments and art.

A Square Enix executive producer behind titles such as Dragon Quest X and Nier Gestalt / Replicant. Translation of his comment via NeoGAF user Setsu00:

Persona is a ray of hope for all the Japanese developers out there competing with the world’s greatest games. I’m currently working on NieR Automata and we are hard at work to make sure that we won’t lose against Persona.

My expectations for Persona 5 are incredibly high!

The game director behind games such as Nier and the Drakengard series. Translation of his comment via NeoGAF user Setsu00:

Hello Persona fans. My name is Yoko Taro. I can already hear some of you saying “Who the hell is that guy?”, so I think I should introduce myself to you. I’m a game director. There’s this game called “NieR Automata” from Square Enix that I’m working on and it’s coming out early next year. It’s target audience overlaps totally with Persona’s, so I think we really dodged a bullet when they delayed NieR Automata.

Well, when I was playing Persona 5 I kept thinking how awesome everything was: The menus, the battles, the characters – everything was stylish and awesome! But you’ve probably heard about that already from other people, so I’m going to write about the other things I found noteworthy to provide a different perspective.

The first thing that caught my attention was the darkness of the town. It’s really dark, as if someone reduced the saturation and brightness of the colors by 50% in Photoshop. That’s how bleak this place is. The teachers aren’t your friends and that leaves a bitter taste. It’s the kind of melancholic environment that makes you think “That’s just like my own experience of high school!”! However, what really stuck out to me were the bent backs of the NPC business men – that was great! Whoever came up with that idea is a genius.

Then of course there is the Shibuya Station. If you’ve ever been there before, I think you’ll understand what I mean when I say that trying to navigate this place is a nightmare. If you a new planner at a video game studio created a level like this, they’d probably get slapped… Or at least, that’s what I always thought, but it is a perfect recreation of the real thing. It’s fascinating.

Yongenjaya is also nice. If you leave Atlus’s headquarters, there’s a street that looks similar to that place. Maybe I was just imagining things.

Subtly changing the names of real places like this* adds a nice touch to the game. It’s an interesting way to express that adults are also kind of trapped. From a meta perspective, that was very enjoyable.

Additional comments consist of ones from: 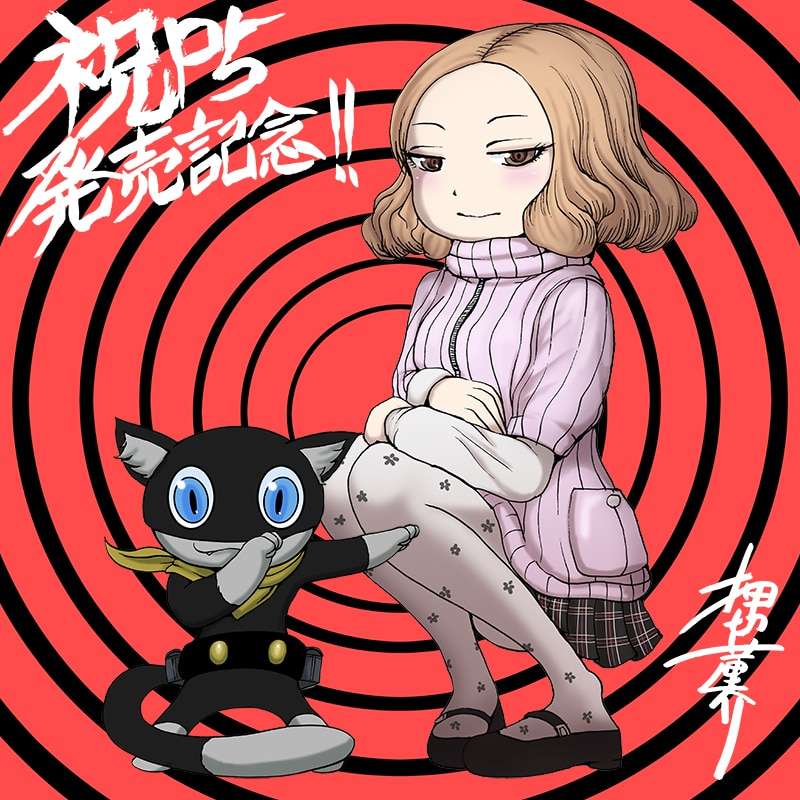 Illustrator behind Norn9 and the Juuza Engi series. 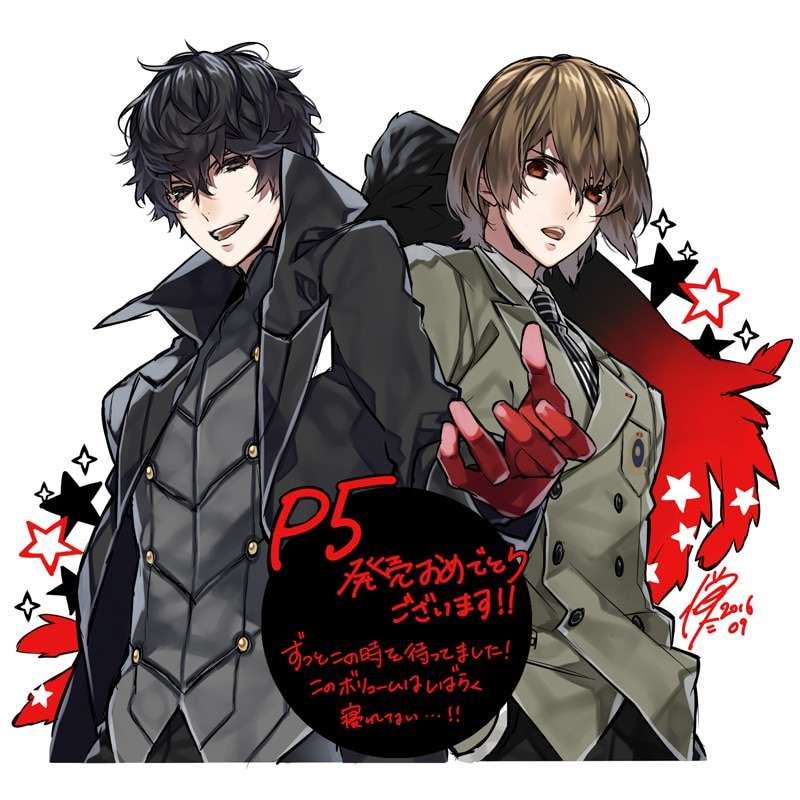 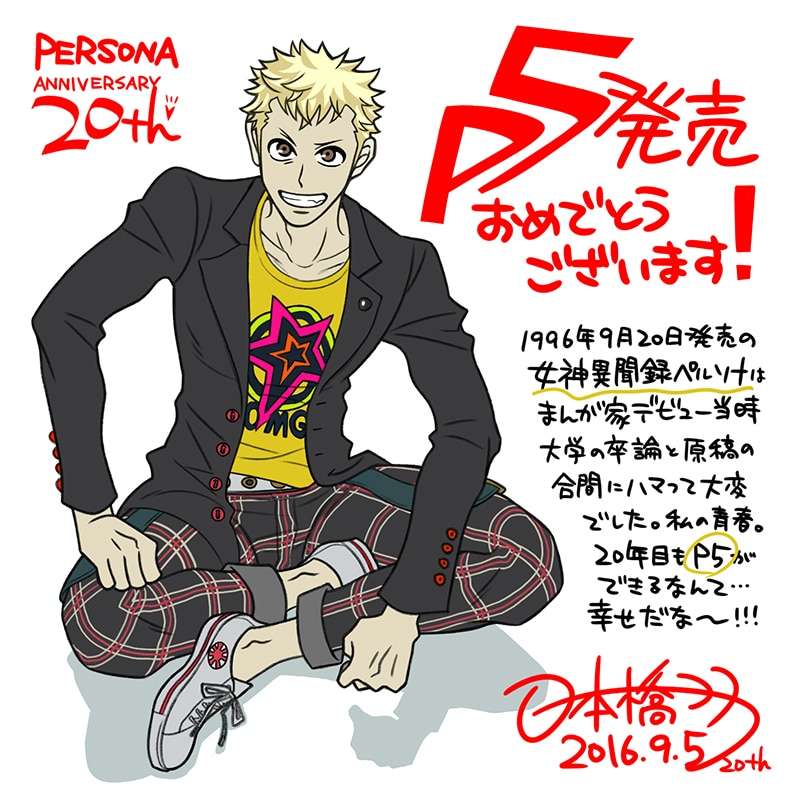 Illustrator and character designer for the Fate/Extra series. 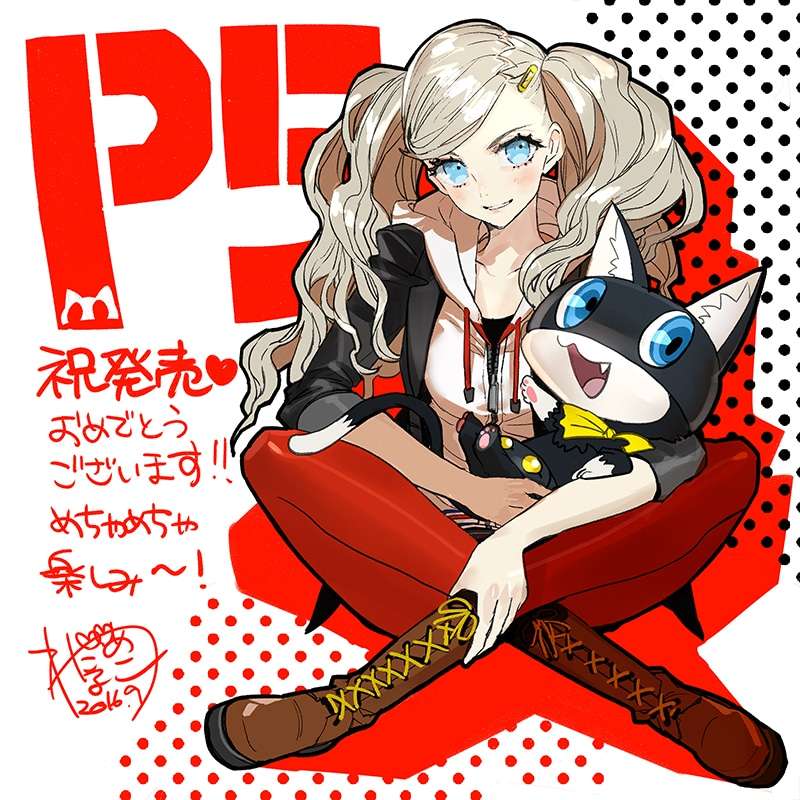 There were other commemorative art pieces by various artists around the launch of Persona 5.

Video of the Comments & Art