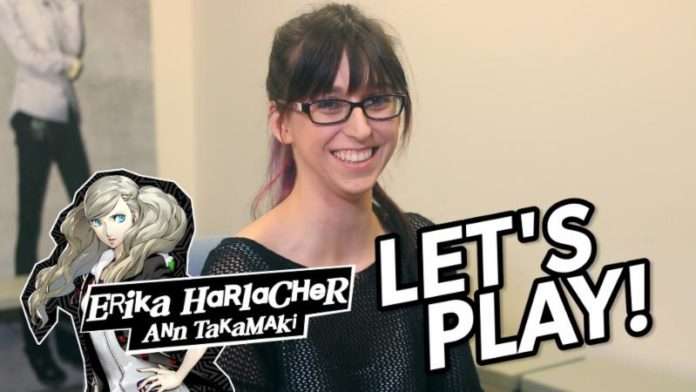 It’s not every day you hear your own voice emanating from a game, but we invited professional voice actor Erika Harlacher to the ATLUS office to do just that! Well, not JUST to hear her own voice, but to play an important segment of Persona 5 that involves her character Ann Takamaki. Watch Erika as she attends class at Shujin Academy, venture into the Metaverse, battle evil Shadows, face down the sleazy King Kamoshida, and forge a contract with a special Persona…

The trailer for Ann Takamaki and an interview with Erika Harlacher can be seen in a previous post.