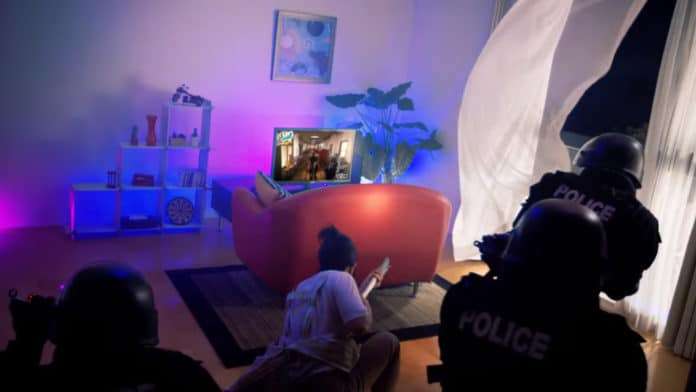 Atlus has released a Persona 5 live-action commercial titled “After School Phantom Thief Version,” which will start broadcasting on Japanese television starting this weekend.

Somewhere in a residential area, a high school student returns home. He is holding a PS4 controller, like how the player will be enjoying the game. At night, his house is surrounded by the riot police. What is going to happen as they rush to the front door inside…!? Wait until the end of this sudden development to see the ending, please take a look!

Other Persona 5 television commercials from gameplay footage have been released in the past weeks featuring the main characters: