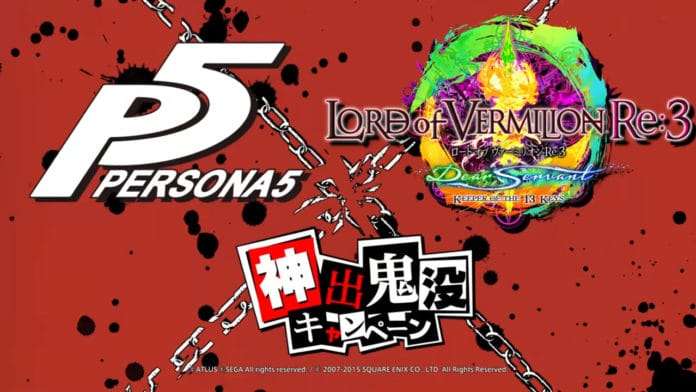 Following the announcement of a Persona 5 collaboration with the arcade card battle game Lord of Vermilion Re:3, new details for it have been revealed.

The next update, “Dear Servant KEEPER OF THE 13 KEYS” will implement the collaboration with Atlus’ newest RPG, Persona 5. It will include Joker, Panther, Fox, Caroline and Justine as five added characters to the game.

From December 12 to December 25, the official website for Lord of Vermilion Re:3 will be hijacked by the Phantom Thieves, lending it a new appearance where the new trailer can be seen. The trailer will also be broadcast at the “Persona 20th Fes,” at Arts Chiyoda 3331 in Tokyo.

From December 12 to December 25, 2016, a special campaign for the collaboration will be held. During this period, playing any game mode other than tutorial will give one the chance of acquiring a treasure box, with the probability of obtaining a “Christmas Treasure Box.” Collecting stars from these special boxes will give one limited time items.