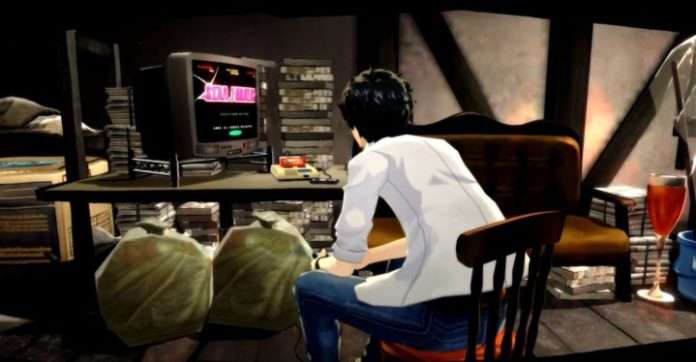 The protagonist is able to create items that will be useful during his infiltrations in his room.

The protagonist can play a video game called “Star Forneus.”