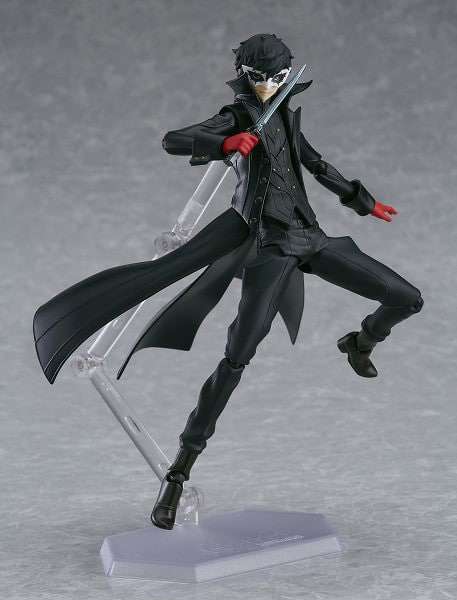 A colored version of the figure was shown off at San Diego Comic Con this past weekend, and new images for the figure have been released, alongside the announcement that pre-orders for it will start on July 27, 2017.

Representing the Phantom Thief form of the Persona 5 protagonist, he dons his long black trench coat. The expressions include with the figma are: “Expressionless,” “Smiling,” and “Grinning.”

The accessories included with the figma are: “Knife,” “Gun,” and “Thief Mask.” Additionally, as an exclusive bonus for pre-orders made through the official Good Smile website, a Morgana Nendoroid “Sparklinh Eyes Head Part” will be included. 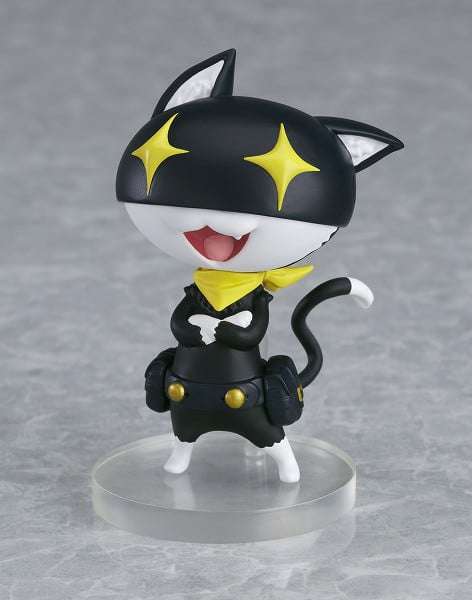