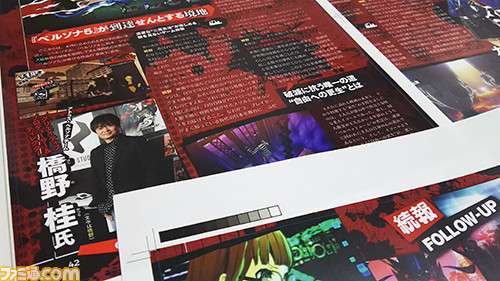 Alongside next week’s issue of Dengeki PlayStation Vol. 614 which will feature Persona 5, Famitsu will also feature the upcoming RPG on May 12, 2016.

Weekly Famitsu magazine issue #1432 will have new details on Persona 5, along with new screenshots and illustrations of characters and their personas. It will also have an exclusive interview with the creative producer Katsura Hashino.

Topics addressed by Hashino will include: