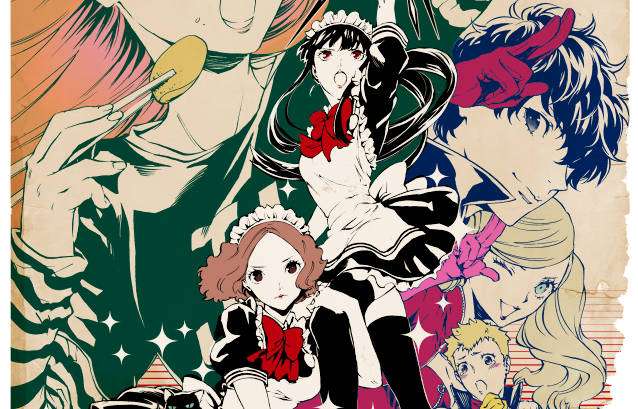 The third and final volume of the Persona 5: Mementos Mission manga by author Rokuro Saito was released on July 27th, and Dengeki Online has conducted a lengthy interview with Saito and Atlus’ Persona series producer Kazuhisa Wada.

At the end of the interview commemorating the completion of the manga, while addressing fans, Rokuro Saito confirms that an English release of Persona 5: Mementos Mission is currently being worked on:

And also, an English version of the project is secretly in the works, so those of you who live in Japan who would like to read “P5: Mementos Mission” in English, as well as those of you overseas, should definitely look forward to it.

No release window for the English version of Persona 5: Mementos Mission has been given.

Back in July 2019 at Anime Expo 2019, graphic novel publisher Yen Press had mistakenly announced that they had acquired the license for Persona 5: Mementos Mission for an English release in 2020.

What is Persona 5: Mementos Mission?

Headed by the author Murasaki Hisato, serialization for the first official adaptation of Persona 5 in manga form began in September 2016. This manga is still ongoing, and it depicts a straight adaptation of the events from Persona 5, as well as Persona 5 Royal. The latest Japanese release was Volume 6 in January 2020. The first volume was released in English on January 14, 2020.

Persona 5: Mementos Mission, by Rokuro Saito, is a completely different manga whose serialization began in October 2018. It depicts new stories separate from the main plot, featuring protagonist Ren Amamiya’s daily life as he resolves problems his fellow Phantom Thieves and Confidants are dealing with. Serialization ended in July 2020, which was also when the third and final volume was released in Japan.

In the interview, Rokuro Saito elaborates on how Persona 5: Mementos Mission came to be. Before the series started, Saito visited Atlus’ headquarters (which he affectionately calls “Tartarus”) to have a meeting with the editor in charge of the book’s planning. Wada was there, and Saito and the editor told him that they wanted the manga to convey a “modular” story with a lot of incidents. Wada agreed, saying that this would be interesting to see how this would be structured, and this was the moment the project began to take shape and was completed without problems.

Rokuro Saito was also responsible for the Persona 4 Arena Ultimax manga, which debuted in June 2015 and ended serialization in April 2018.