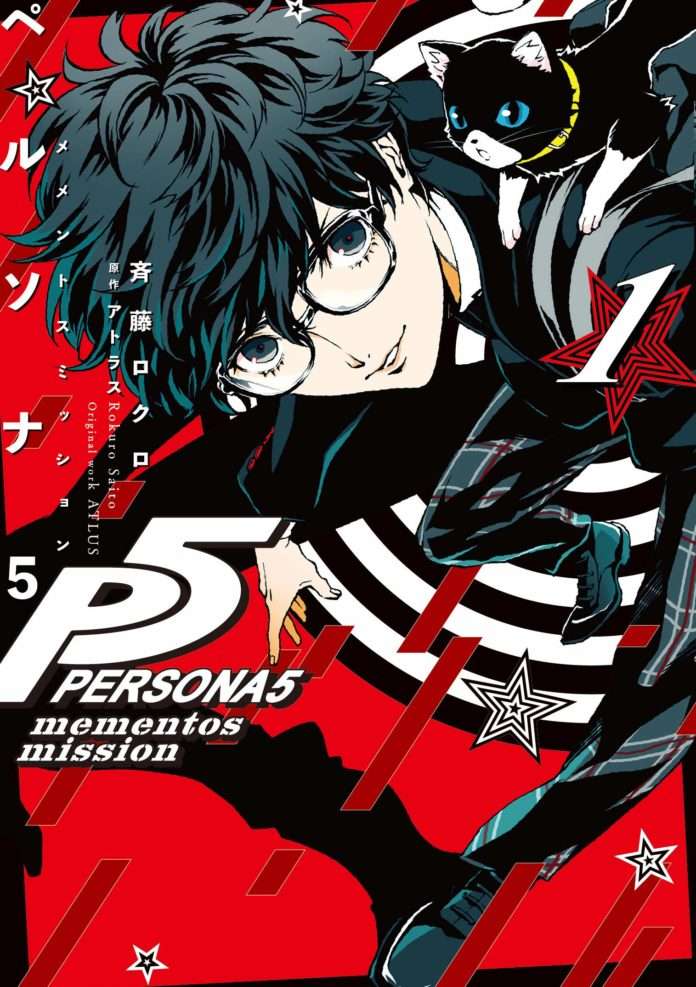 The first volume of the “Persona 5: Mementos Mission” manga will be releasing on February 25, 2019, and its cover art has been revealed.

The illustrator for this series is Rokuro Saito, who was the artist behind the manga adaptation of Persona 4 Arena Ultimax.