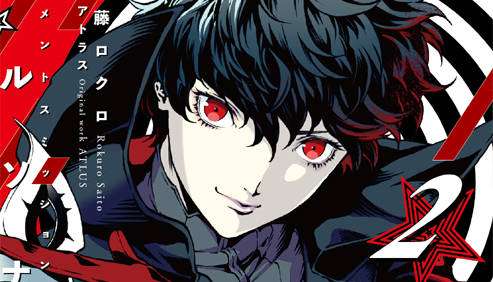 As previously announced, the second volume of the “Persona 5: Mementos Mission” manga will be releasing on March 27, 2020 and its cover art (illustrated by Rokuro Saito) has been revealed. 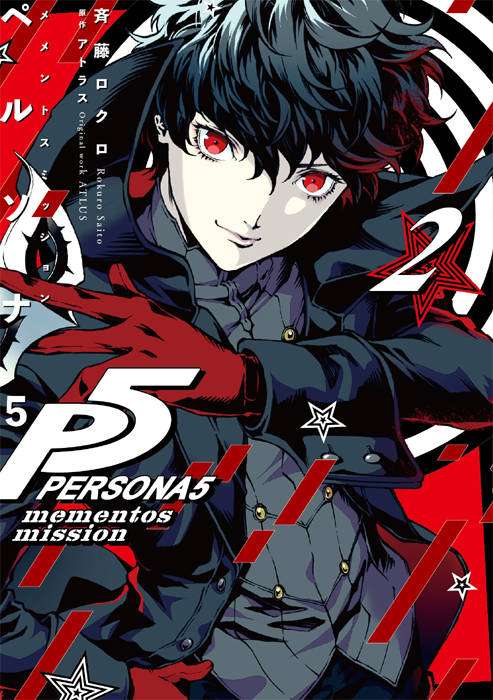 The Phantom Thieves challenge a mysterious case that is different from the main game “Persona 5”! The main characters of “Persona 5”, which has sold more than 2.7 million copies worldwide, are the Phantom Thieves, and this is a comic adaptation featuring an original, stylish atmosphere thrusting them into strange incidents!

In the second volume, to investigate the alleged abuse of female students, Makoto Niijima and Haru Okumura infiltrate the maid café “Alice’s Apron” (working at the store for a one-day experience)! Meanwhile, in Shibuya, the son of the manager of the military shop, Munehisa Iwai, is involved with a suspicious man doing things behind the scenes!?

This time as well, the Phantom Thieves face many mysterious incidtents. Can the truth be found and the target hidden in the populace’s palace called “Mementos” be sought and reformed? Ren Amamiya finds himself busy between school work and his days as a Phantom Thief!

The first volume for the ongoing “Persona 5: Mementos Mission” manga was released a year ago, on February 25, 2019.

Key art for the upcoming chapter in Dengeki Comics releasing on March 27.

The author of this series is Rokuro Saito, who was the artist behind the manga adaptation of Persona 4 Arena Ultimax.