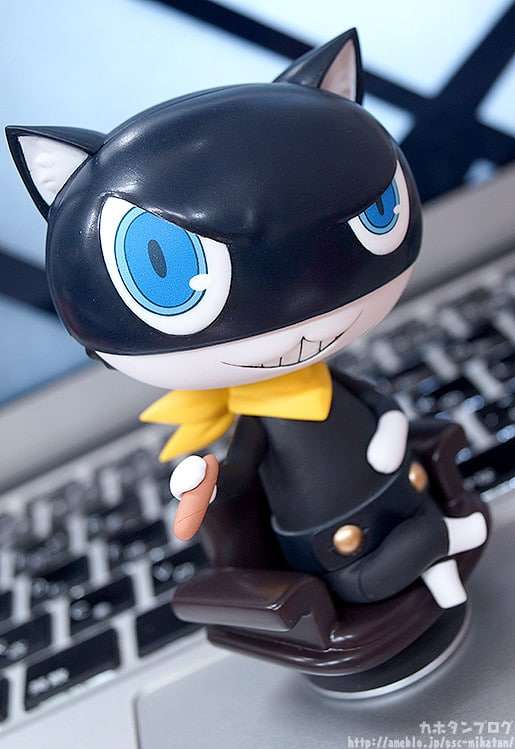 A Nendoroid figure of Persona 5‘s Morgana was previously announced by Good Smile Company at Wonder Festival 2017 Winter, and new pictures and details have surfaced for it.

This new figure by Good Smile Company stars the mascot of the Phantom Thieves, Morgana. His face can be arranged into 16 different expression combinations, using 4 different parts for the face, and 4 others for the mouth. A movable joint added to the middle of the figure makes it “seamlessly movable,” despite its small size. Slingshot and saber accessories are also included, to depict Morgana in combat.

The pictures are not final, and represent a prototype coloring for the Morgana figure.

This figure opened for pre-orders on July 11th (in Japan) on the official Good Smile Company website.