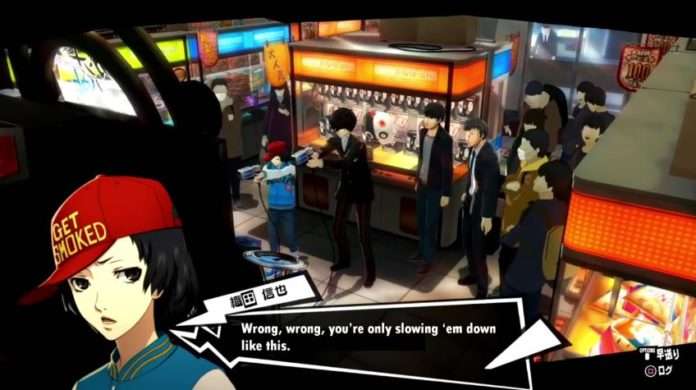 The seven recently released Persona 5 character “Cooperation” trailers, have been translated by Dominationkid on YouTube and Nenilein on Tumblr. These were first shown during the “Take the Treasure” live stream event

Gematsu has provided translations of the character descriptions from the official website.

A second-year male student at Syujin High School and classmate of the protagonist. He’s a member of the Volleyball Club, and is always getting himself hurt. After a certain incident, he reduces his distance to the protagonist, but…

A gossip reporter in her mid-20s. Since she’ll write whatever story sells, she’ll sometimes manipulate the information in her articles. She seems to have previously been political reporter who fought social evils, but…

A tarot fortune-teller who runs a fortune-telling stand in Shinjuku. She has a bright and cheerful atmosphere about her, but her fortunes always hit the mark. She is rumored to definitely be “a real fortune-teller,” but at the same time apparently recommends these “suspicious stones”…

An elementary school boy who plays at the arcade in Akihabara. He takes pride in his marvelous power in a certain online gun shooting game, and is known as the boy genius player. He seems to long for the “power” of the Phantom Thieves, but what could the reason be?

A young lady who attends Kosei Public High School. She holds the championship title in the Female Shogi League. Her appearance has gained her attention as the “too beautiful shogi player.” She practices hard and gives interviews every day for the sake of her mother and for the world of shogi, but…

A teacher at Syujin High School. She’s in charge of Class 2-B, which has the protagonist, Anne, and Mishima. You’ll catch her throughout the school with unkempt hair and a consistently sleepy face. At first glance, she appears to be a quiet teacher with safety first standards, but…

A man who gives soapbox speeches outside of Shibuya Station. In the 20 years since he started, he’s lost seven consecutive elections. Given certain circumstances, not very many people stop and listen to Yoshida’s words, but his speeches are actually good. He is seriously confronting the country’s future. His sash reads, “Friendly Society, Bright Future.”