To make way for the “seven mystery announcements” from Akechi Goro’s (voiced by Soichiro Hoshi) “pre-investigation files” (and to properly follow the Phantom Thieves’ crime), the duration of the Take the Treasure live stream event has been expanded.

Taking place at the Tokyo National Museum, the event was originally going to take place on a single day: July 19 at 7:30 PM JST. Now, the time for the Niconico live stream broadcast has been updated to a duration of 24-hours.

The new dates are: 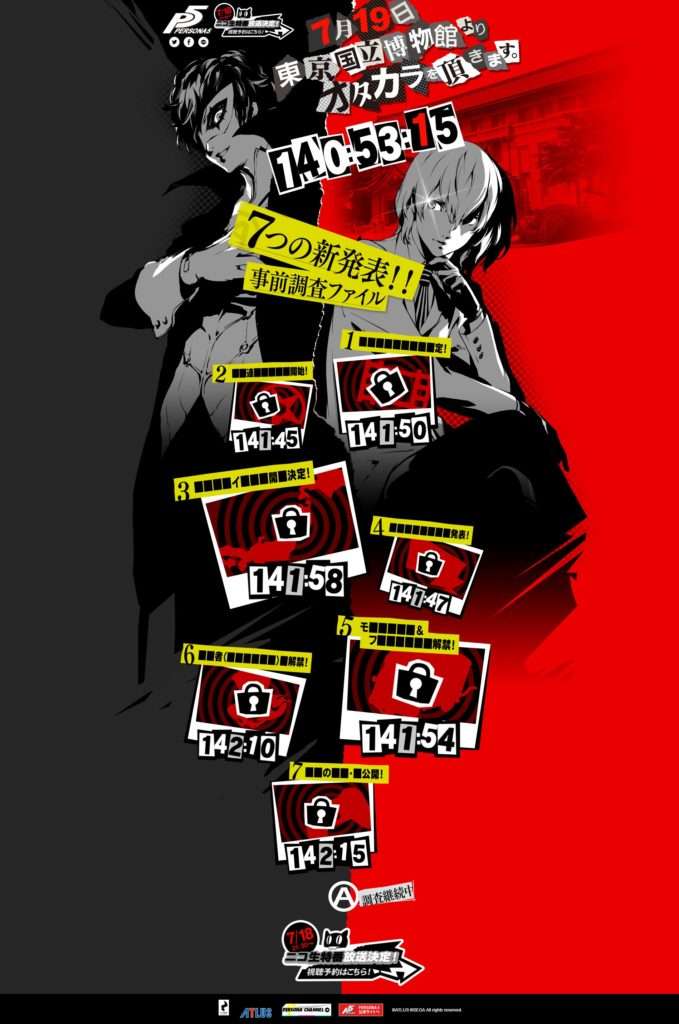 With seven new announcements teased, the event website has been updated with several countdowns. The timers are in accordance with the time zone used to see them.

The official Persona 5 website has been updated with an image linking to the Niconic live stream page. 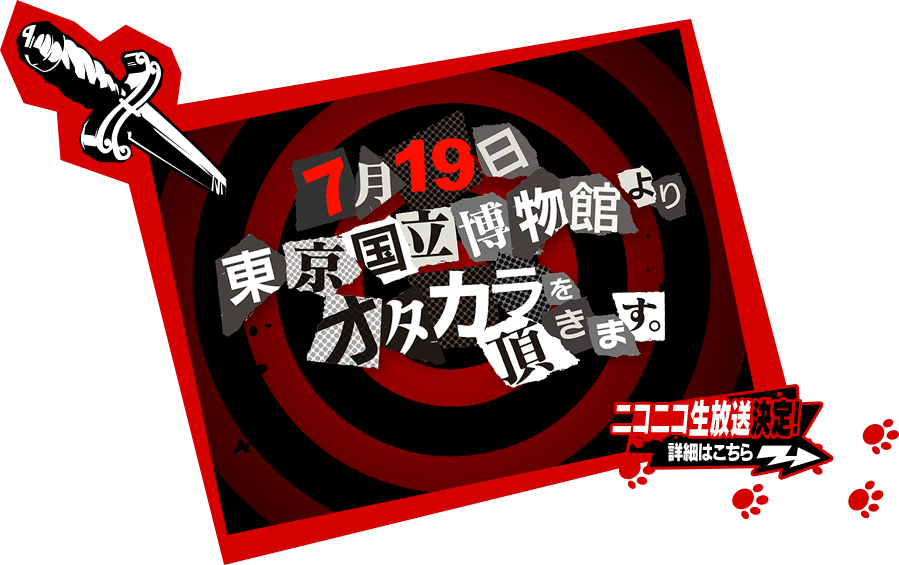