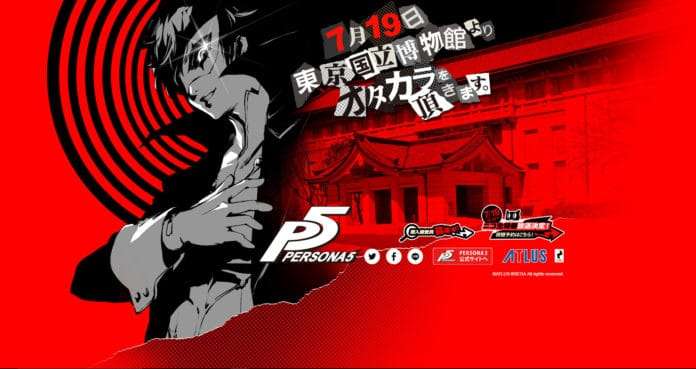 During the “Revealing the Phantom Thieves” live stream event for Persona 5, a “premium event” called “Take the Treasure” was announced to take place on July 19, 2016.

The invitation-only event for the next “Phantom Thief incident” will take place at the Tokyo National Museum and it will feature public Persona 5 gameplay demos.

“Undercover investigators” are wanted in the form of a recruitment form that is now available for those who live in Japan.

The next crime of the Phantom Thieves will be at Tokyo National Museum!

Will they steal any treasure…!?

Do not miss the latest information-packed incident!

The official website for the event has gone up, as well.