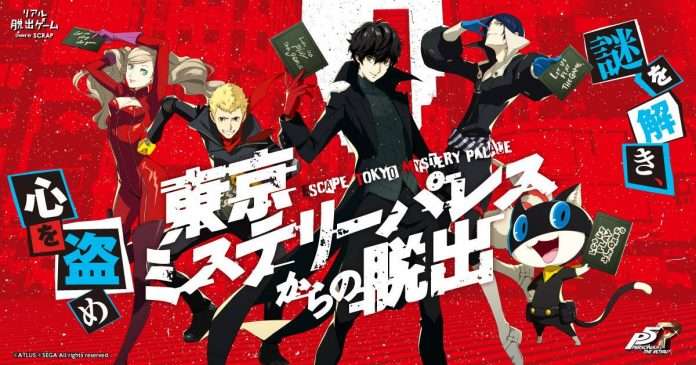 The key visual has been revealed for the Persona 5 collaboration real escape game, announced in April 2019.

The key visual is illustrated by Shuji Sogabe, the artist behind the official Persona 3 and Persona 4 manga adaptations. 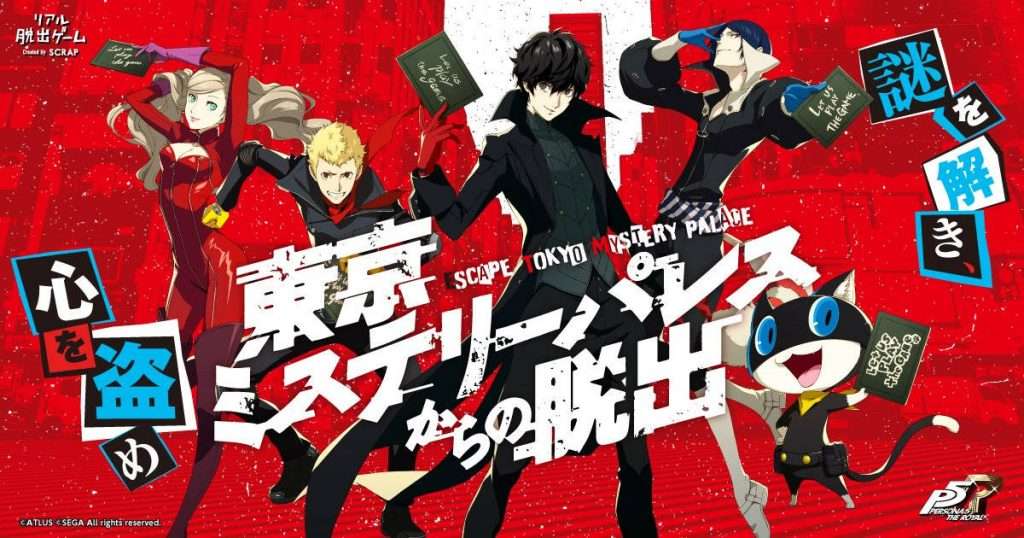 Real Escape Game by Scrap is a Japanese based company that specializes in designing escape games based on known properties. “A live interactive puzzle event where teams solve mysteries and clues within a time limit to escape the given scenario.”

The event is called “Escape Tokyo Mystery Palace,” and the first performances will begin on July 25, in Shinjuku at the interactive entertainment facility Tokyo Mystery Circus.

More information can be read in the previous post for the escape room.

The original premise of the escape room has been changed from the story of a murderer to a different one. This change seems to be more thematically in line with Persona 5 Royal, which was revealed alongside the escape room on April 24:

A girl traveled alone to the United States of America and went through movie auditions to achieve her dream.

…That dream was taken away by a despicable man in show business.

Joker and the Phantom Thieves infiltrate the labyrinth of the heart, the Palace, to save her!

Infiltrate the Palace while hiding and eluding the gaze of “shadows”!

Make your way through countless traps and find “treasure” using wit and strength!

There is only a little time left left until the girl’s dream disappears… Will you be able to steal the “distorted desires” of the target!?

*Some changes were made in the contents of the event during the production process.

Details for September 2019 performances have been revealed alongside the official site’s update.

SCRAP members fan club will have access to an advance release from July 6 to July 12. The general ticket sales will be available from July 13th onward.

In the past, Atlus has had real life escape room games for Persona Q: Shadow of the Labyrinth in November 2014, Persona 3 The Movie in January 2016, and Shin Megami Tensei IV: Apocalypse in March 2016.