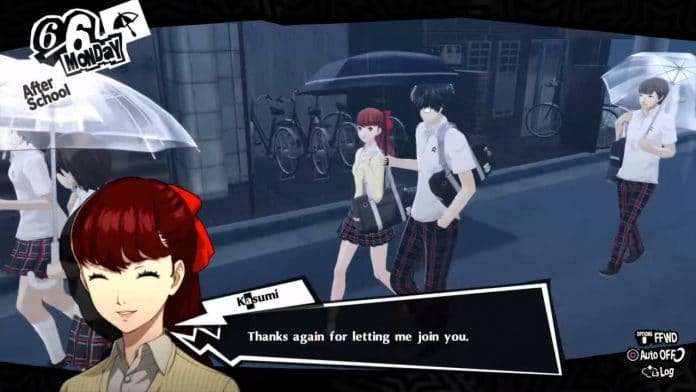 Following a Persona 5 Royal media event which took place two weeks ago on February 4th in London and Los Angeles, the embargo for media captured lifted yesterday, and below is a compilation of the information that came from the event.

The P5R demo at the media event consisted of multiple save files, featuring gameplay from different sections of the game:

One hour of gameplay footage via Gematsu.

Media of Atlus showing off darts, the grappling hook, and Kichijoji, via Gematsu.

GameSpot interviewed Atlus West senior project manager Yu Namba on the localization for Persona 5 Royal. Namba confirms that P5R will have changes to existing lines of dialogue from the original, notably changes revolving around a recurring gay couple.

They were “portrayed [as] more like predatory,” as Namba put it. When I asked him about those scenes, Namba stated, “I think the community had a very strong response to that, and you saw that, and that was definitely altered for Royal.”

As for how those characters and lines have changed, Namba simply said, “We made it [as if they’re] being very strong enthusiasts for something they like doing. But it’s not like they’re on the hunt for some young boys or anything.”

Namba says that the team felt awkward about working on those for the original Persona 5. He says that it was not easy to receive the green light for the changes in Persona 5 Royal, but that they’re happy with the minor changes they’ve been able to make.

Additionally, Namba sas that the team and the voice cast went over some existing lines from the original game for Persona 5 Royal.

While there have been gripes about the pronunciation of some names in the original game, Namba did say that the general pronunciation guidelines were kept, though they tried to make things more consistent across the game.

Via DualShockers, according to head of Atlus West PR, Arianne Advincula, Persona 5 Royal took about two and a half months of new recording, including all of the new scenes with the new characters.