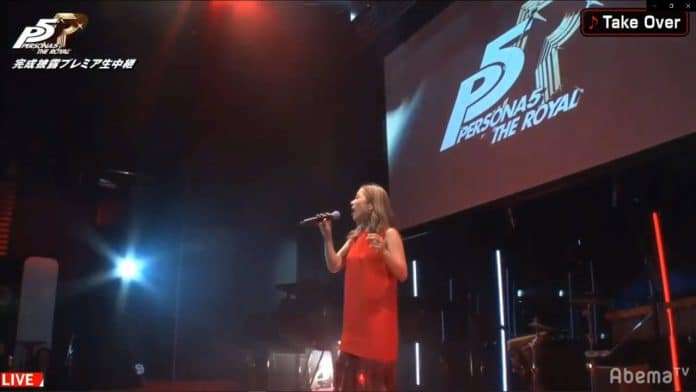 During today’s Persona 5 Royal “Royal Experience” event, the vocalist for Persona 5, Lyn, held a live performance with music from the games.