Alongside Persona 5 Royal being featured on the cover, the magazine will include a 24-page special feature for the game. The content will include information on how to fully enjoy P5R from the beginning, an illustration column by writers who liked Persona 5, and interviews where the development staff discusses the fun aspects of this game. 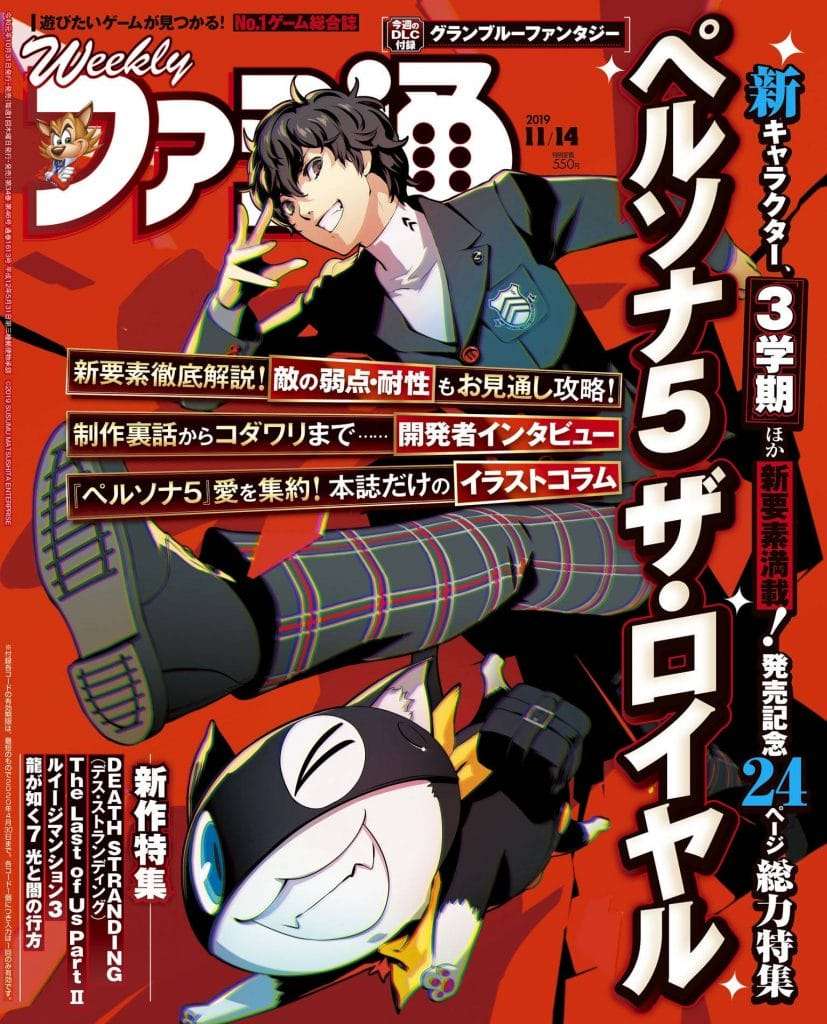 As previously announced, purchasing this magazine on Amazon Japan or TSUTAYA will include bonus Persona 5 Royal postcards.