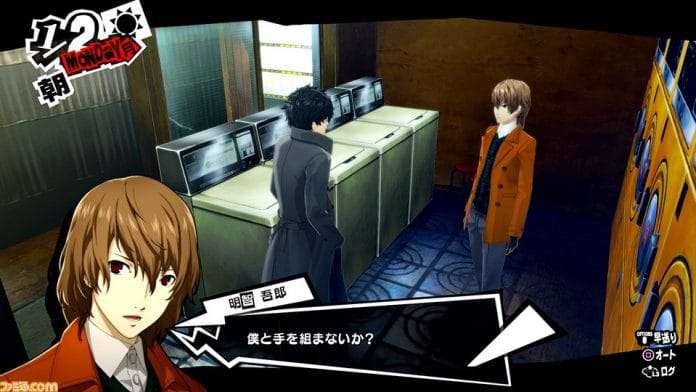 This week’s issue of Weekly Famitsu magazine issue #1602 releasing on August 8th—or the August 22 and 29, 2019 double issue—will include an 8-page feature on Persona 5 Royal.

This feature will focus on four members of the Phantom Thieves: Morgana, Makoto Niijima, Futaba Sakura, and Haru Okumura. Their new personas will be shown off, as well as new character illustrations.

Additional information will include interactions with Goro Akechi, who will be integrated with brand new Confidant contents, and new scenes exclusive to the game’s “third semester.”

Below are screenshots that are not included in the upcoming issue.

In Persona 5, the Confidant with Akechi automatically progressed alongside the story. But in Persona 5 Royal, the content has been changed and progression will be made manually. This will lead to new Confidant abilities such as “Detective Eyes,” which lets you detect enemy resistances at the start of battle.

Additionally, there are new systems related to characters who are new to this game, and a new unknown palace (dungeon)!