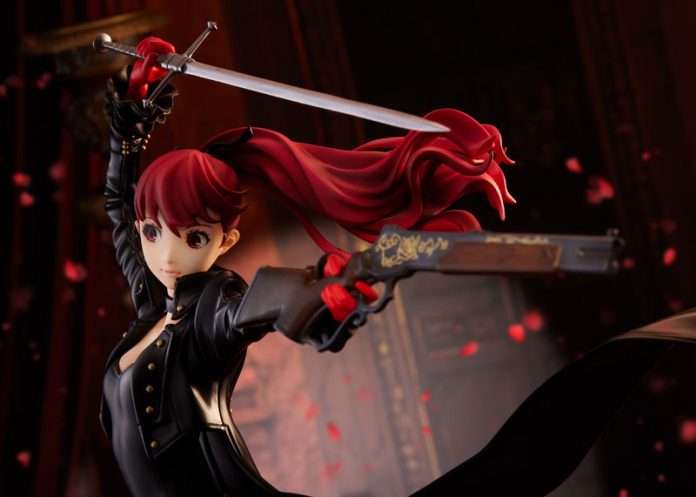 Publisher Hobby Japan has announced the release details for the Persona 5 Royal Kasumi Yoshizawa Phantom Thief ver. figure, produced by Amakuni. The figure was originally announced at Mega Hobby Expo 2019 Spring, with the first prototype shown during the pre-launch live stream for Persona 5 Royal in October 2019. The colored prototype was subsequently shown during Wonder Festival 2020 Winter.

Pre-orders are currently available on AmiAmi.

From the popular AMAKUNI Persona 5 series comes a figure of Kasumi Yoshizawa from Persona 5 Royal!

The figure’s supple body lines and posing are faithfully reproduced in a manner befitting her fighting style. As with previous figures in the series, the mask is removable, and her left hand can wield a gun.