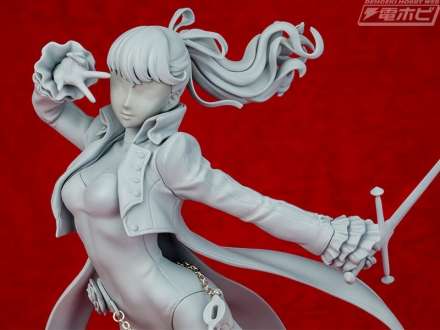 A figure of Persona 5 Royal‘s Kasumi Yoshizawa is being produced by Megahouse, as part of the company’s Lucrea series, and new pictures of the prototype have surfaced.

Prototypes for the Megahouse P5R Kasumi Yoshizawa figure were shown off at Mega Hobby Expo 2019 Autumn in November 2019.

Kasumi Yoshizawa is a first-year student who enters Shujin Academy during the same spring as the protagonist transfer student. In this figure, she’s dressed in her Phantom Thief outfit, posing in three dimensions. Her graceful stance is reproduced, since she is good at rhythmic gymnastics.

Her flowing ponytail and jacket are also reproduced with careful modelling. Combined with her rapier melee weapon that she holds in her left hand, her silhouette from the back is also impressive. 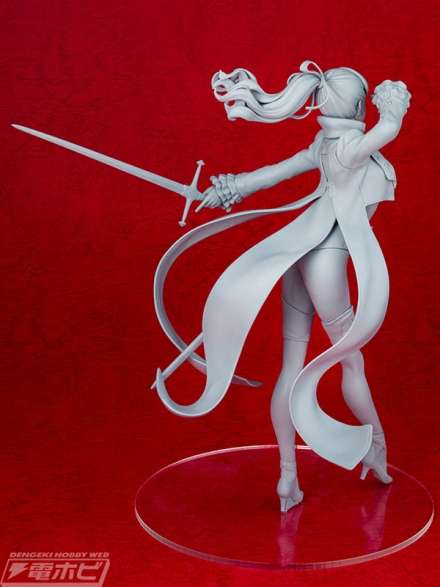 Her expression has her smiling mischieviously. Her curves in her costume reminiscent of a leotard are well represented. Additionally, it’s important to not overlook that the chain attached to the sheath is made out of actual metal material.

Her slender legs are well modelled, as well as her method of stretching herself up by the tip of her foot. 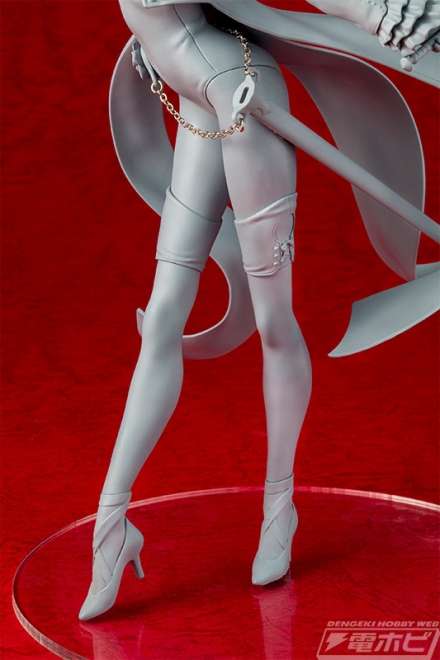 Additionally, she can be made to wear her mask by changing parts. The mask’s details are also carefully reproduced. Her pose is the same, but this optional part gives it a more elegant vibe.

There’s another optional part included, where she can be made to hold her mask, revealing her face. With these parts, three different situations can be reproduced with this one item.

Pre-orders will begin for this figure soon, with Dengeki Hobby planning to post a color sample in a follow-up report.