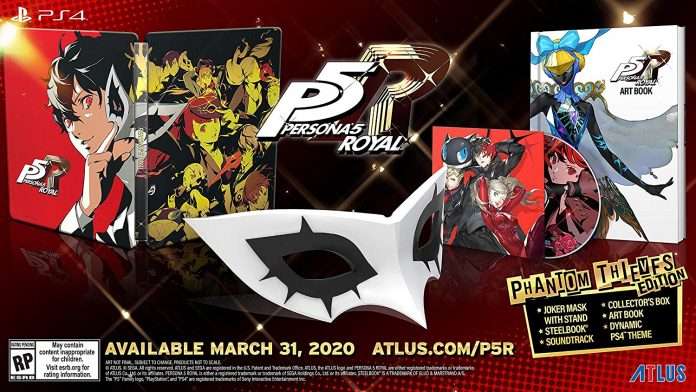 The Western release date for Persona 5 Royal has been confirmed for March 31, 2020 via an Amazon Canada product listing.

This follows the tease that Atlus USA would be making a Persona 5 Royal related announcement for the West today, on December 3, 2019. The official English website is still counting down to the announcement as of this writing, and this post will be updated once it is made.

With this release date in mind, the previously listed “English/Chinese” version of Persona 5 Royal for February 20, 2020 on PlayStation Asia could represent an earlier version of the game with English localization for its subtitles.

In October, the November 2019 issue of Game Informer included an interview with Persona series character designer Shigenori Soejima. In the interview’s introduction by Game Informer itself, it indicated a March 2020 release for the game.

In addition to the Persona 5 Royal DLC included with separate digital editions of the game described below, the PlayStation Blog has confirmed that all original Persona 5 DLC will be free for players in the West in P5R.

Persona 5 Royal DLC Bundles will be available for purchase, separately:

A collector’s edition of the game will be released called “Phantom Thieves Edition.” From the product listing, it will include:

It is currently available to pre-order through Amazon. 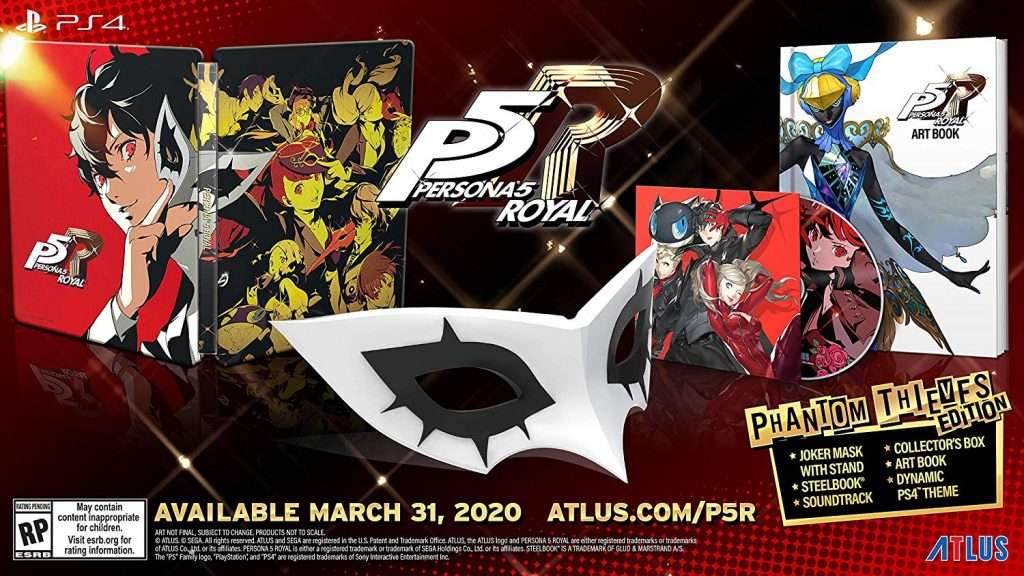 The launch edition of the game will be included in a steelbook.

It is currently available to pre-order through Amazon. 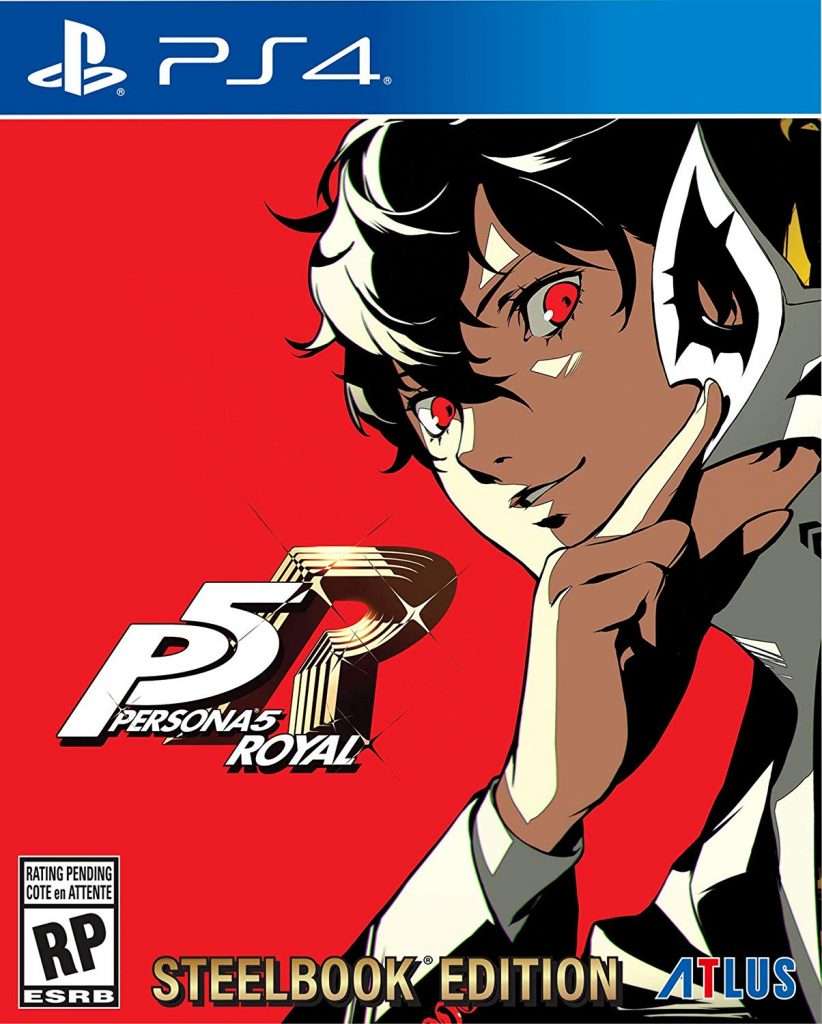 The game is available for pre-order on the US PlayStation Store with three different editions:

Pre-orders for any edition of the game will include a PS4 dynamic theme. The “Deluxe Edition” will include the “Persona 5 Royal Kasumi Costume Bundle.”

Description for the Ultimate Edition, which will include P5R DLC:

Prepare for an all-new RPG experience in persona 5 Royal based in the universe of the award-winning series, persona! Don the mask of Joker and join the Phantom thieves of Hearts. Break free from the chains of modern society and stage grand heists to infiltrate the minds of the corrupt and make them change their ways! Persona 5 Royal is packed with new characters, confidants, story depth, new locations to explore, and a new grappling hook mechanic for stealthy access to new areas. With a new semester at shujin academy, get ready to strengthen your abilities in the Multiverse and in your daily life. Persona 5 Royal presents a unique visual style and award nominated composer shoji meguro returns with an all-new soundtrack. Explore Tokyo, unlock new personas, customize your own personal thieves den, discover a never-before-seen story Arc, cut scenes, alternate endings, and more!

Persona 5 Royal was released on the PS4 in Japan on October 31, 2019. It will be released in Traditional Chinese and Korean release on February 20, 2020, with a North American and European release on March 31, 2020.