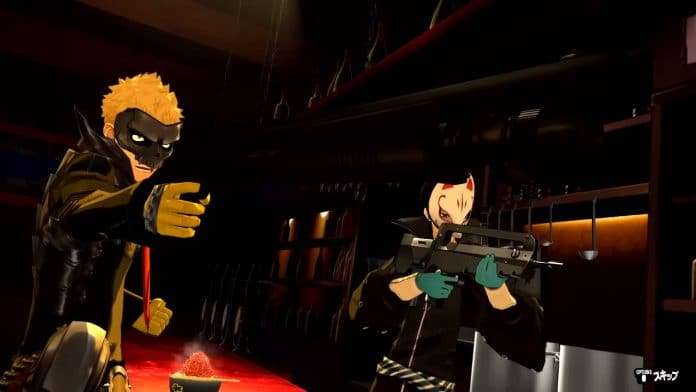 The trailer confirms that the main characters will have new third evolutions for their personas, with Ryuji’s being “William.” This was also an added feature from Persona 4 to Persona 4 Golden.

Ryuji Sakamoto is voiced by Mamoru Miyano in Japanese.

Shujin Academy is home to many high school delinquents, but the most notorious misfit would have to be Persona 5’s Ryuji Sakamoto. Ryuji was a promising track star who tragically suffered a career ending injury due to “overtraining” by the sadistic coach Kamoshida. With no future in the sport he loves and experiencing first-hand the evil of “shitty adults,” Ryuji becomes a social pariah who rebels against a society he perceives as corrupt.

Even though he’s the definition of a troublemaker, he has a kind heart and always puts the Phantom Thieves before himself. In short, Ryuji is a true friend that can always be counted on to have your back in a jam. Plus, having a tough guy with a skull mask in your crew is just awesome.