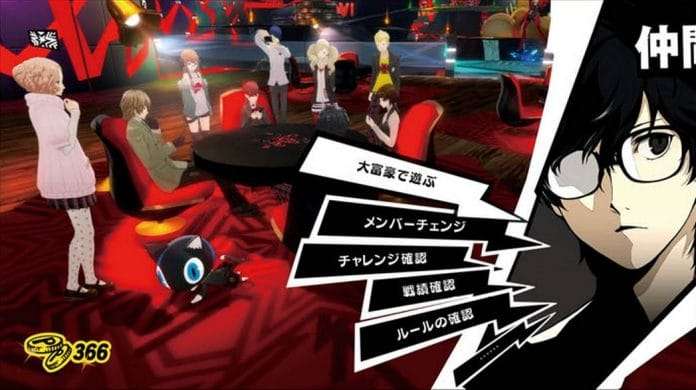 As announced yesterday, this week’s issue of Weekly Famitsu magazine #1610 includes a 4-page feature on Persona 5 Royal focused on the game’s new My Palace mode and its numerous elements.

The feature consists of information previously detailed through the final episode of “Morgana’s Report.” 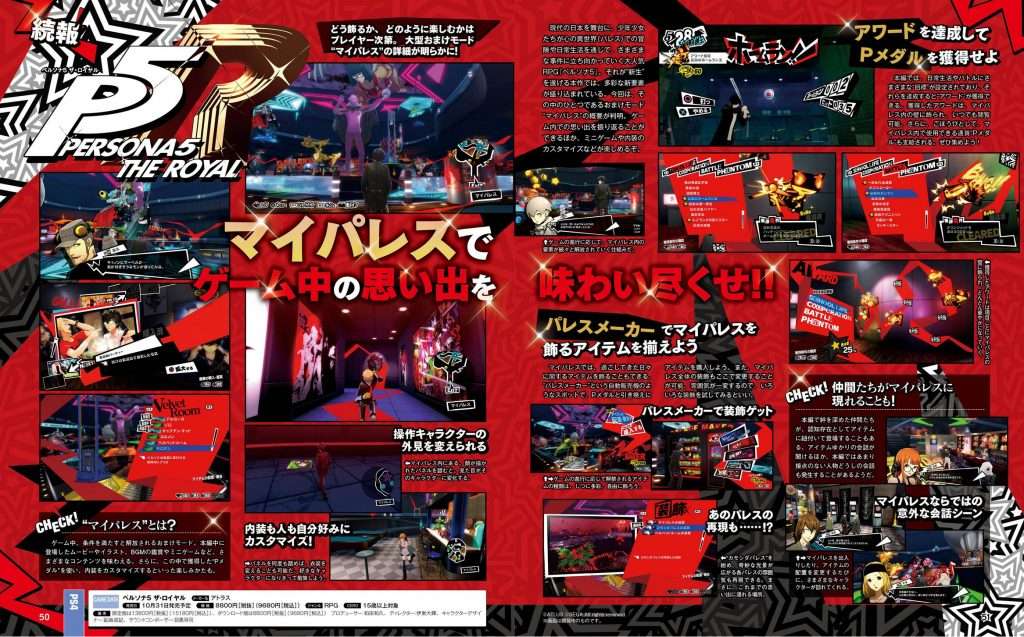 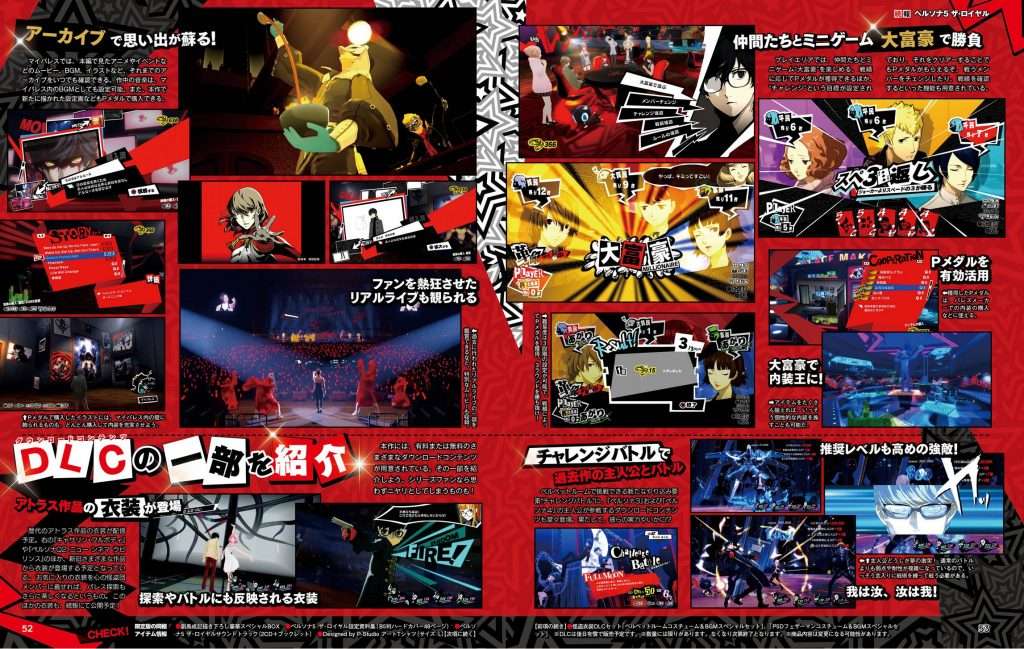 “My Palace” is a bonus mode unlocked when certain conditions in Persona 5 Royal are met. In it, you can watch movies, listen to background music, and even enjoy mini-games.

Its interior can be customized using acquired P Medals, a currency. Characters with whom you’ve deepened your ties (not only party members, but also people like the weapon shop clerk and the fortune teller) will visit, with unexpected converation occuring.

When you step on a panel featuring a character’s face in My Palace, you will change to controlling that character.

Various goals are set during daily life and combat in the main game. When they’re achieved, P Medals are given as a reward, withc which you can earn awards to display them in My Palace.

This is an area that resembles a vending machine. In exchange for P Medals, you can purchase items and decorate My Palace.

The gallery component of My Palace. You can set songs to be played as background music in My Palace, and you can look at various artwork, promotional images, and live performance pictures that were released in the past. Parts of the archive are unlocked with P Medals.

You can play the Japanese card game Daifugō with your friends. There are three levels of difficulty. The game consists of three rounds, and you can be rewarded with P Medals.

Atlus costumes will be distributed as downloadable content. Costumes from Catherine, Persona Q2, and other new and older games will be featured.

The Persona 3 and Persona 4 protagonists will appear in the “Challenge Battle” mode, providing their own challenge.