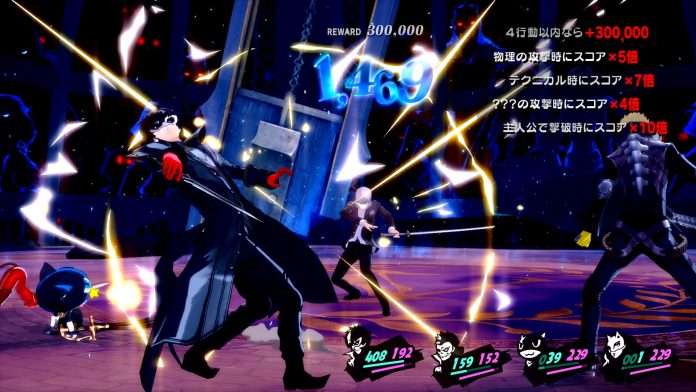 The official website for Persona 5 Royal been updated, with the “New School Life” and “New Phantom Thief Life” sections including new screenshots.

Today’s update for “New Student Life” introduces the “My Palace” feature, unveiled during the final episode of Morgana’s Report earlier this month.

The “My Palace” feature is an area where players’ thoughts and memories are gathered. Using “Palace Maker,” players can customize the way they want to decorate and show off items, changing the layout of their own Palace. Additionally, you can choose your favorite character to roam around with.

Today’s update for “New Phantom Thief Life” introduces the downloadable content that will be in P5R, also revealed during the final episode of Morgana’s Report earlier this month.

In the Velvet Room’s new “Challenge Battle” mode, the Persona 3 and Persona 4 main characters will participate in the battle! Challenge them in style with their appropriate songs.

Additionally, costumes from other Atlus games will appear as DLC in P5R. Explore Palaces by wearing your favorite costumes for the Phantom Thieves! A variety of costumes will be added as DLC. This will include chibi models from Persona Q2: New Cinema Labyrinth, Persona 5: Dancing in Starlight, and Catherine: Full Body costumes.