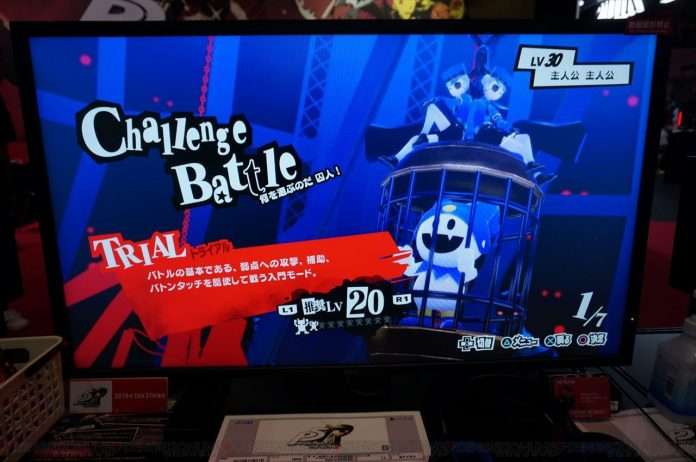 Update (2019-09-13): During the Persona 5 Royal special talk show at Tokyo Game Show 2019, Atlus showed off gameplay of the Challenge Battle, with the video added to this post.

Various themes for the different Challenge Battle segments are provided by the Velvet Room twins Caroline & Justine, with the only theme available at the TGS 2019 demo being “Trial.” This theme revolves around the fundamentals of combat, which are hitting enemy weak points, support, and Baton Touch. The playable characters available were Joker, Ann, Yusuke, and Morgana. 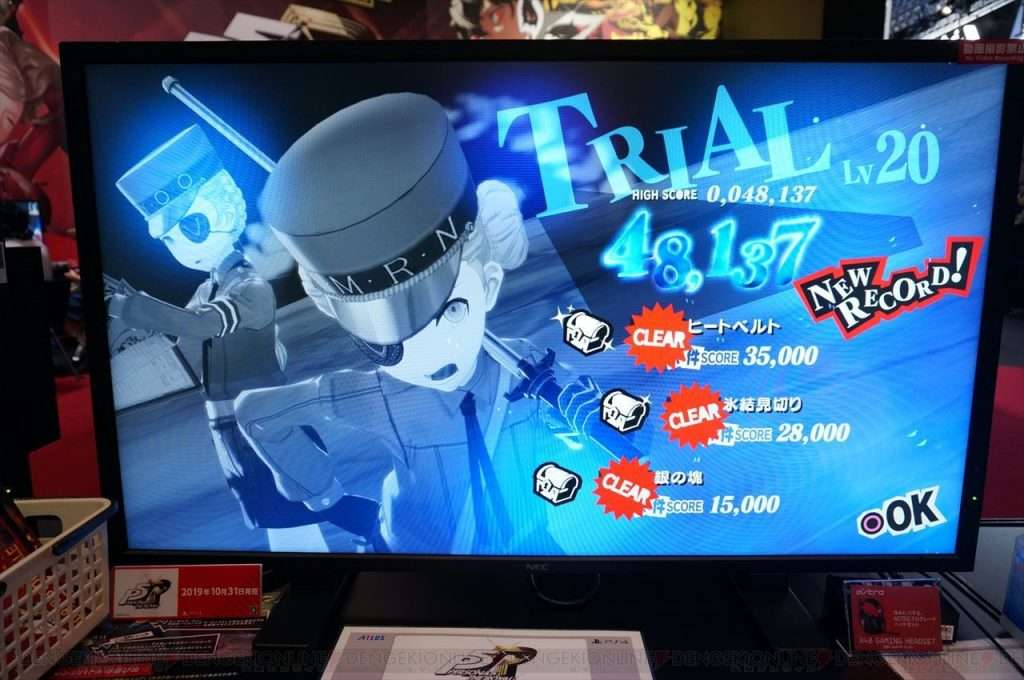 To obtain a high score here, it is vital to make use of the Baton Touch system to increase attack power, with one of the solutions to the puzzle here consisting of using a powered up Yusuke to attack with a nuclear attribute attack Freila (probably usable due to a new P5R element where characters can equip items granting them specific skills).

There were selectable difficulty levels for the Challenge Battle in the demo. The Famitsu writer, confident in his skills with Persona 5 at first, started the demo on Hard and was defeated by the enemies Black Ooze, Thoth, and Decarabia after their attacks were reflected by Tetrakarn.

Switching to Normal, the enemies which appeared were the following:

The usual attributes for these enemies have been changed from when they appeared in Persona 5.

An important thing noted is that even if all of the enemies are knocked down in this Challenge Battle, the All-Out Attack does not initiate. The key is to rely on attacking enemy weak points and increasing attack power using Baton Touch to defeat enemies.

A note the Famitsu writer had is that the responsiveness of the battle UI felt better in Persona 5 Royal than in the original game.