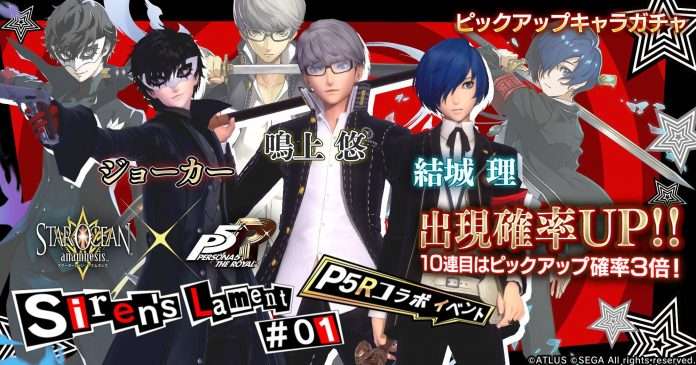 Update (2019-10-24): Videos, pictures and descriptions for Kasumi Yoshizawa, Oracle, and Rena have been added to this post. The “Siren’s Lament #02” part of the collaboration begins today.

Update (2019-10-23): Square Enix has announced that Kasumi Yoshizawa and Futaba Sakura (Oracle), along with the Persona 5 themed Star Ocean character Rena will appear in the collaboration on October 24, 2019.

Following a series of videos released for the Persona 5 Royal collaboration with the mobile RPG Star Ocean: Anamnesis, Square Enix has announced that the collaboration event called “Siren’s Lament #01” starts today on October 10, 2019, and it will end next month on November 7, 2019.

The collaboration consists of the following:

The special website for the collaboration can be found here.

Square Enix has released a collaboration television commercial currently being broadcast for the event:

A second-year high school student who attends the private Shujin Academy in some part of the world.

He lives in a secluded coffee shop and has a daily life as a student in the city, but after a certain event, he awakens to his “persona.”

Although he looks mature at first glance, he is actually a leader of the Phantom Thieves as Joker, a thief who steals the distorted desires of corrupt adults.

A sechond-year high school student who moved to the country town of Inaba in some part of the world, because of his parents’ work.

With a serial murder case that occurs in the town and the “Midnight Channel” rumor spread among youth concerning rainy days, he is involved in a major incident and he awakens to his persona.

He has an active role as the leader of the self-proclaimed Investigation Team, formed to solve the case.

A second-year high school student who transfers to Gekkoukan High School, somewhere in the world. He lost his parents in an accident at a young age and was brought up by relatives, but he returns to the city where he once lived for the first time in 10 years.

In this city, he is attacked by a strange monster called a “Shadow” and awakens to his persona ability. After that, he has an active role as the leader of the shadow hunting organization “Special Extraccuricular Execution Squad.”

There are many unknown elements to his abilities, such as his use of multiple personas when one person can usually have only one persona.

A girl who enters an academy in some part of the world.

She has achieved excellent results as a rhythmic gymnast since middle school, and she has a promising future ahead of her.

A girl who works with Joker as a member of the Phantom Thieves somewhere in the world.

She has genius computing ability and programming skills, but she is extremely weak in communication, and she’s been withdrawn in her room until recently due to an incident.

Although she is of high school age, she did not go back to school since she graduated middle school.

She supports the Phantom Thieves strategically as their navigator.

A girl who prevented the destruction of the whole universe by the Ten Wise Men in the 360s of the space calendar.

Recognized for her achievements and high academic behavior, she is selected as an international student alongside Leon and Precis. However, in addition to living on an unfamiliar planet, she feels a strong sense of alienation among her friends.

Thanks to the power of the Phantom Thieves of Heart and those with the power of persona, she is able to resolve her problems and return to studying abroad.

A “Super Pickup Character Gacha” event is being held alongside the collaboration from October 10 to October 24, where the appearance rate to get one specific character among Joker, Yu Narukami, and Makoto Yuki is greatly increased. 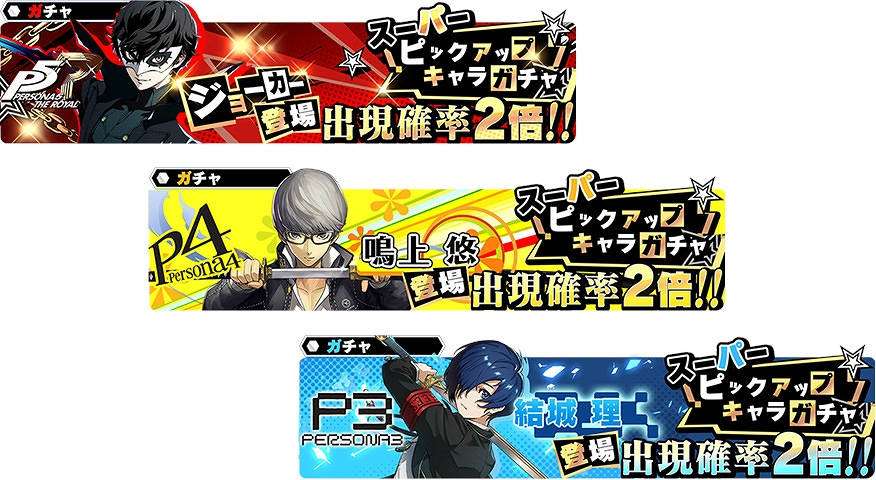 As of October 24, Kasumi Yoshizawa, Oracle, and Rena Kaganomiya have been added as characters that can potentially be obtained from the gacha event, until the end of the collaboration on November 7, 2019. 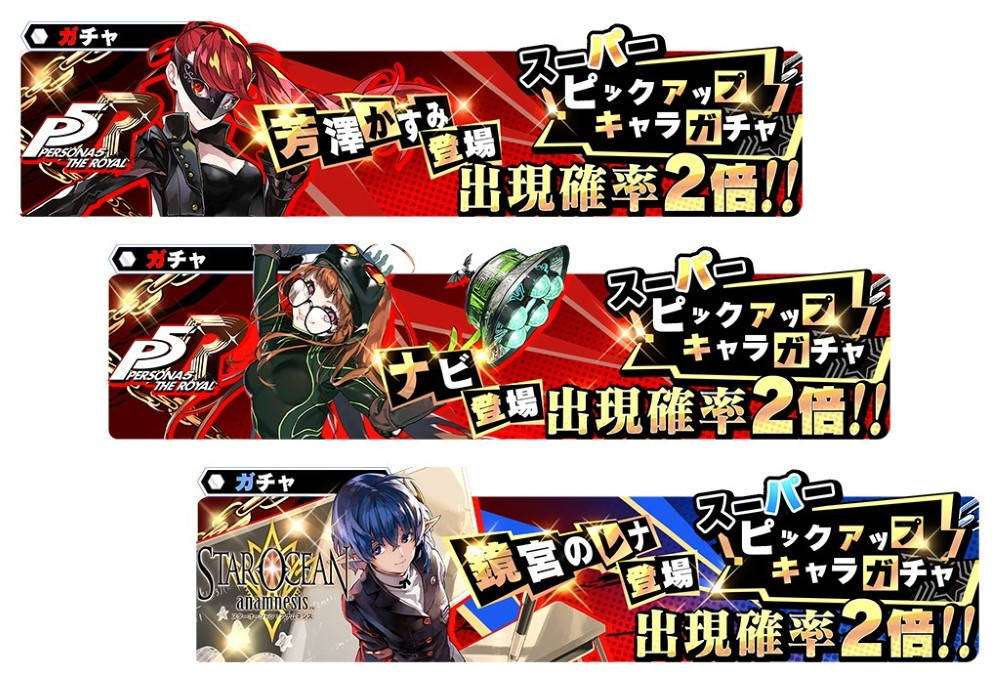