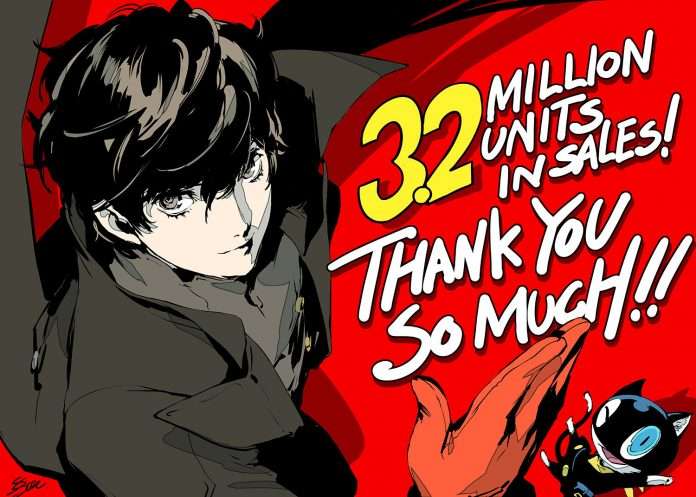 The annual PlayStation Awards 2019 ceremony took place earlier today by Sony Interactive Entertainment Japan Asia (SIEJA) and, alongside the event, Atlus has given an update on the latest Persona series sales numbers.

Persona 5, originally released for the PS3 and PS4 in September 2019, has now reached over 3.2 million shipments (including digital copies sold) worldwide.

The latest number until now had been 2.7 million copies of Persona 5 shipped worldwide as of April 2019. This means the game has shipped an additional 500k copies within the past 7 months.

In Weekly Famitsu magazine #1583 in April 2019, Sega CEO and Chairman Hajime Satomi had confirmed that the game had sold more than 1 million copies across America and Europe, after its Western release in April 2017.

To celebrate those sales, Persona character designer Shigenori Soejima has made a special illustration. 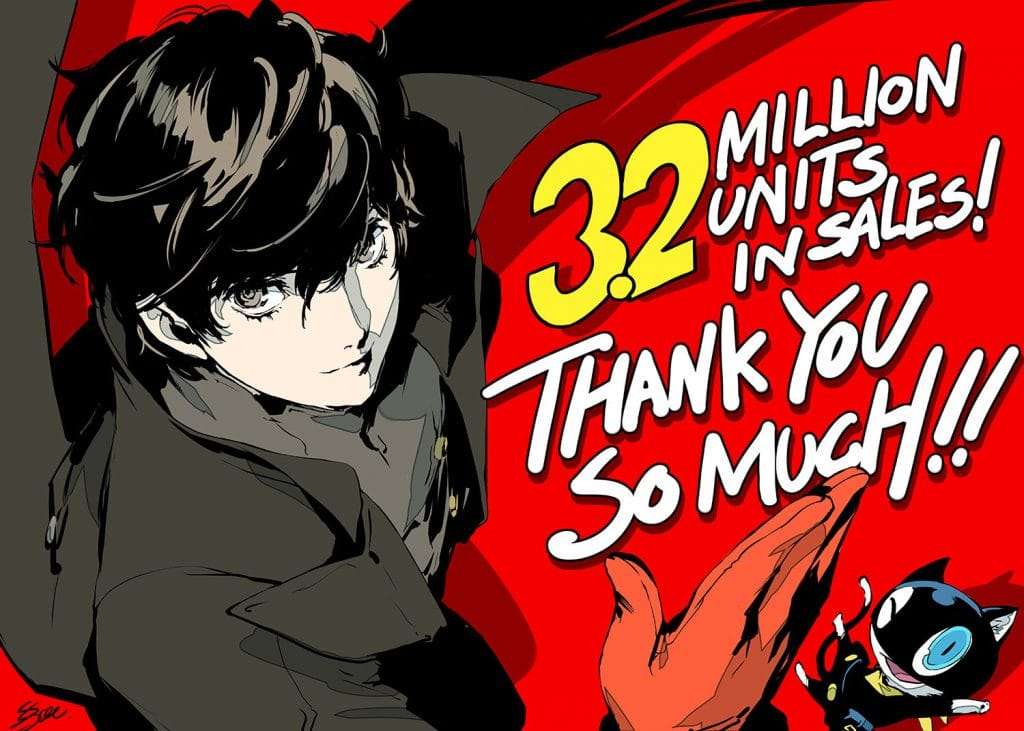 Persona 5 Royal was released for the PS4 at the end of October 2019, and it has now reached over 400,000 copies shipped (including digital copies sold) in Japan within its first month.

According to the Famitsu sales tracker, sell-through during the first week of Persona 5 Royal‘s launch in Japan was 201,448 copies with an 80% sell-through rate. As a result, the game’s initial shipment was approximately 250k copies.

Since the release of Revelations: Persona in 1996, the Persona series has achieved over 11.1 million units shipped (including digital sales) worldwide.

As of October 17, 2019, prior to the release of Persona 5 Royal, the latest number until now had been 10.2 million units sold worldwide for the Persona series via Sega Sammy’s integrated report 2019.

This year’s PlayStation Awards 2019 had a special “PlayStation 25th Anniversary Users’ Choice Award.” Only seven games, chosen by user votes, would win this category, and those eligible were games that had received a “Users’ Choice Award” over the past 24 award ceremonies.

Persona 5 was one of the seven winners for the PlayStation 25th Anniversary Users’ Choice Award. This makes Persona 5 a winner for an award at PlayStation Award for the fourth consecutive year. 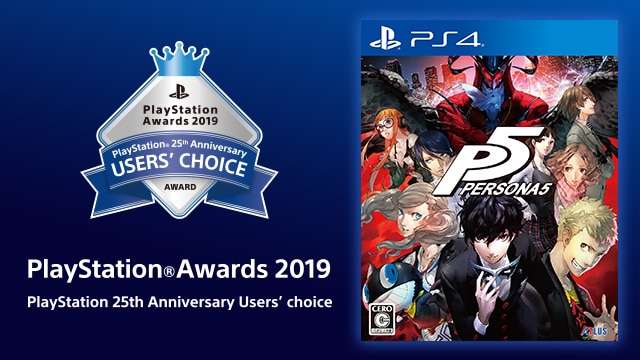 Atlus has made a list of major game awards received for Persona 5 thus far:

Tangentially, the UI designer for Persona 5, Masayoshi Sutoh, received the Visual Arts Award at CEDEC AWARDS 2019, partly for his work on the game.

An archive of the PlayStation Awards 2019 can be seen below: