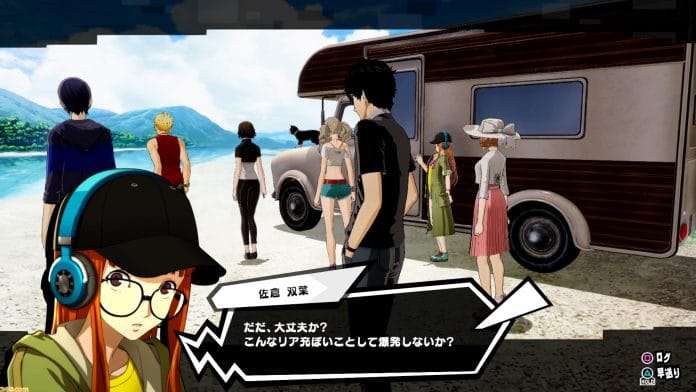 This week’s issue of Weekly Famitsu magazine will feature an article for Persona 5 Scramble: The Phantom Strikers following the information released in the “Travelling Morgana Newsletter #3” video released earlier today.

The article will focus on Sapporo, the location the main characters will travel to that was previously the focus of today’s Travelling Morgana Newsletter. Additionally, the article will focus on the four remaining Phantom Thieves: Yusuke Kitagawa, Makoto Niijima, Futaba Sakura and Haru Okumura, revealing new visuals and screenshots for them.

Famitsu has published several screenshots which will not be featured in the magazine.

The Phantom Thieves who will be a focus this time are Yusuke Kitagawa, Makoto Niijima, Futaba Sakura and Haru Okumura. After having oercome the incident in Persona 5, they play an active role once more.

The power of a persona can be obtained by picking up a mask which might be dropped when an enemy is defeated. In a place called the Velvet Room, there is also a mechanic where powerful personas can be created through fusion.

The girl in the velvet room, Lavenza, says that “the world has been distorted once again.”