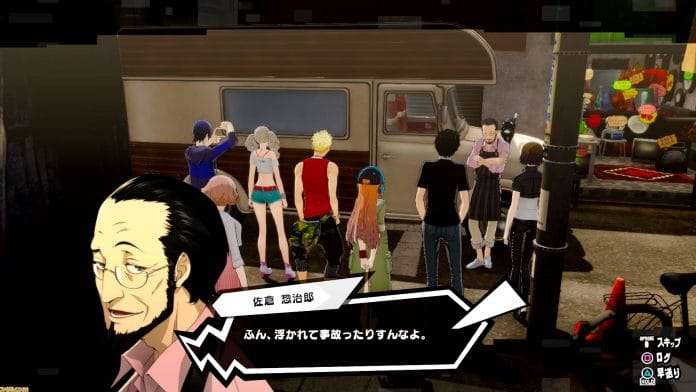 The article will focus on the mysterious parallel world that resembles the alternate world that the Phantom Thieves of Heart tackled in Persona 5. The feature will introduce new information about this world known as “Jail” and the main characters who fight in them. The Phantom Thieves will visit various parts of Japan, and “Sendai” is one of them.

Famitsu has released the latest screenshots that are not included in the magazine.

In order to pursue the mystery of “Jail,” the members of the Phantom Thieves travel around Japan in an RV. A variety of encounters, events, and food awaits them wherever they go.

What kind pf parallel world will they face in Sendai?

Intercept enemies and shadows that appear in Jails. During the action, you may receive requests for follow-up attacks from your allies. When you press the appropriate directional button, the character being controlled is replaced by the other one, and a powerful attack called “Scramble Action” is triggered.

You can buy equipment at a shop prepared by Sophia, a new character who assists the Phantom Thieves. You can also get local bargains in shops at the cities you visit.

Weekly Famitsu magazine #1617—or the December 12, 2019 issue—will be released on November 28, 2019. The issue of Famitsu releasing on December 12th will have a new Persona 5 Scramble feature with the latest information.