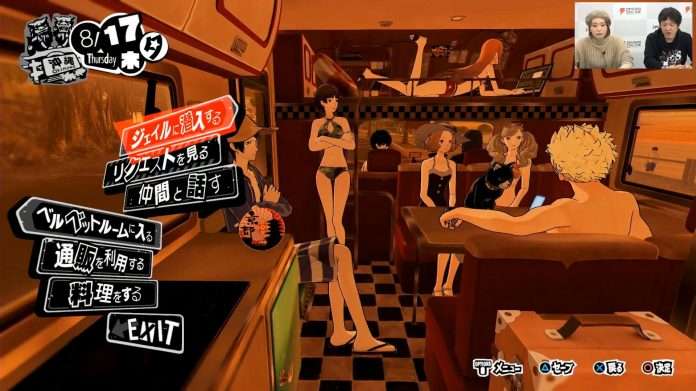 Hosted by voice actor Kanako Takatsuki and the Dengeki PS staff, Atlus producer Daisuke Kaneda also made an appearance to introduce elements of Persona 5 Scramble. This time, the focus of the gameplay was on the Okinawa area, which was featured in Travelling Morgana Newsletter #4.

Kaneda demonstrated gathering ingredients for cooking, and Takatsuki played through parts of the Sapporo Jail for a request. In Persona 5 Scramble, it’s possible to revisit previous Jails to complete requests, which are essentially side quests.

A Dengeki PlayStation staff member proceeded to play the game on Hard mode, facing a mid-boss in the Okinawa Jail.

Other than the final segment, the gameplay shown was set to the Normal difficulty setting.