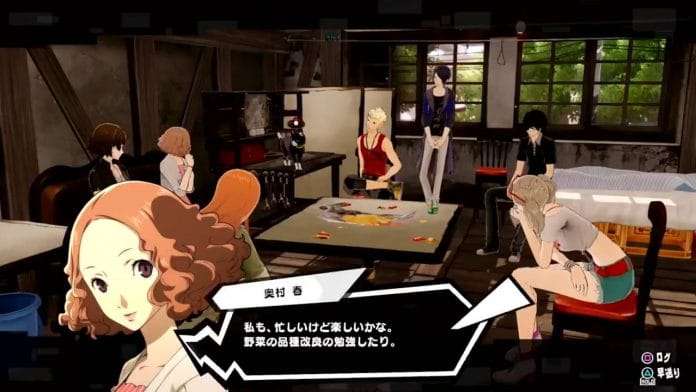 Alongside the Persona 5 Scramble: The Phantom Strikers trailer featuring Haru Okumura last week, Atlus included a poll asking users which of the following aspects of daily life featuring Haru they would like to see:

The choice of her campus life prevailed, and today Atlus released a short video clip featuring Haru and Makoto Niijima discussing their time in university with the other Phantom Thieves. Haru is focused on management and botany.

Persona 5 Scramble takes place 6 months after the events of Persona 5, and Haru and Makoto are now university students.

The video with English subtitles can be seen below.