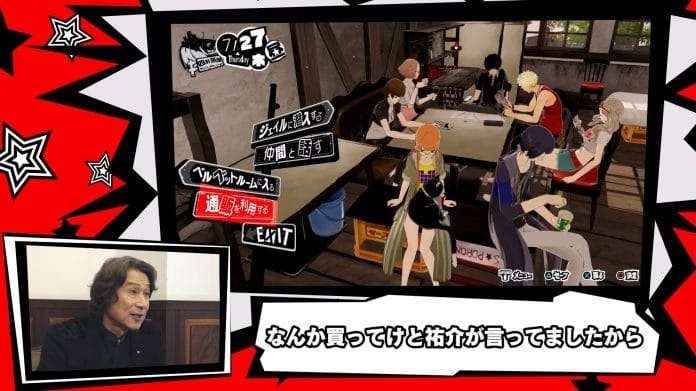 As previously announced, Atlus has released a video with Morgana infiltrating a certain place to present information for Persona 5 Scramble: The Phantom Strikers. As it turns out, this location was the headquarters for Koei Tecmo Games, the developer collaborating with Atlus on the upcoming action RPG Persona 5 Scramble.

Morgana meets Yōichi Erikawa (also known as Kou Shibusawa), the general producer and CEO of Koei Tecmo Games. In the video, Shibusawa gives a short developer interview on his history with the Persona and Megaten series, and he also gives a presentation on key aspects of Persona 5 Scramble while he plays the game.

A launch live stream for Persona 5 Scramble is planned right before the game’s release on February 19, 2020.