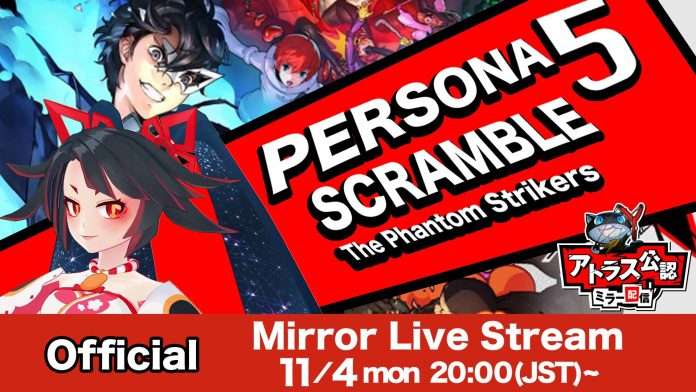 The English and Japanese bilingual Virtual YouTuber Kimino Miya has announced that she will be holding a mirror live stream—officially sanctioned by Atlus—for the Persona 5 Scramble: The Phantom Strikers broadcast on November 4, 2019.

Held on November 4, 2019 at 8:00 PM JST, this mirror live stream on the “Japanese HANJO! TV” YouTube channel by Kimino Miya is aimed specifically for an overseas audience.

The live stream will include the first live gameplay for Persona 5 Scramble, along with various special information.

Editor’s note: While it has been common for Atlus game live streams in Japan to be accessible by a Western audience, this is the first time Atlus has specifically designed a separate live stream to convey the same information, simultaneously, to an English speaking audience. This could suggest an increased desire to publicize the information on Persona 5 Scramble to the West, alongside Japan.