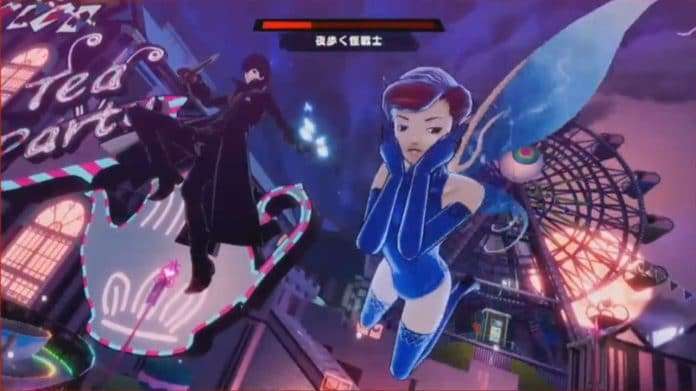 Atlus producer Daisuke Kaneda was present as a guest to give an overview of the game and answer fan questions, in addition to the hosts Jun Fukuyama (voice of the Persona 5 protagonist) and Yuki Iwai (comedian).

The first of the gameplay segments shown was a daily life segment in the second major area of the game, Sendai. Jun Fukuyama took control, exploring the area, talking to the Phantom Thieves, and visiting shops.

The second gameplay segment shown was a combat segment in the first major area of the game, Shibuya. Taking place in the Shibuya “Jail” parallel world, Fukuyama played as Joker and battled enemies.

This gameplay showed off a segment where the player must protect Futaba Sakura while she hacks to open a door blocking their progress.

The third gameplay segment had producer Daisuke Kaneda show off Yusuke Kitagawa’s (code name: Fox) combat capabilities in Persona 5 Scramble for the first time. He can charge his stance to unleash a flurry of katana strikes, which also works as a counter against enemies.

The end of the live stream showed a making-of video for the Persona 5 Scramble main theme “You Are Stronger,” featuring footage of the Atlus composer Atsushi Kitajo, the vocalist Lyn, and the lyricist Lotus Juice.