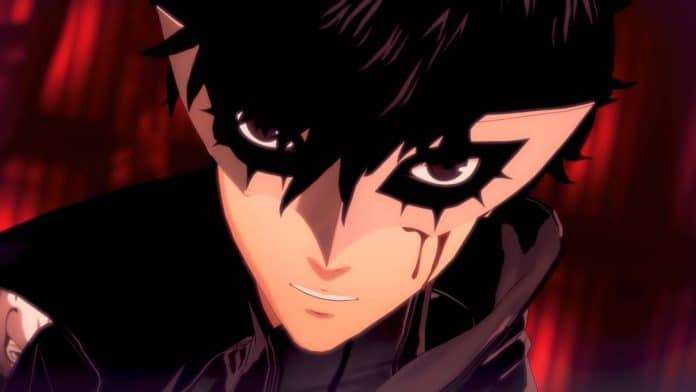 Weekly Famitsu magazine issue #1644 (released on June 4, 2020) included survey results for a number of recently released Japanese video games. One of these games was the Atlus and Koei Tecmo’s Omega Force team co-developed action RPG Persona 5 Scramble: The Phantom Strikers.  The results from the survey can be found in a previous post.

The issue of Famitsu also included an interview with Persona 5 Scramble‘s producer and director from Atlus’s Persona Team, Daisuke Kanada, on the survey results.

Below is a translation of the full interview with Daisuke Kanada via @shininyan.

Thoughts on the Survey Results 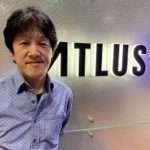 This survey revealed that in general, players rate the game very highly and are looking forward to the next work. We asked Atlus producer and director Daisuke Kanada for his thoughts on the survey results.

The game was evaluated under four criteria (story, new characters, action combat, sound) and all of them had the majority of the votes as “Very Good.” Most people also said they completed all of the requests, so it seems like the players thoroughly enjoyed the game.

Kanada: All I can say is that I’m very happy. The game was full of firsts for us, from the genre to the development, and depicting a sequel to Persona 5 was an extremely high hurdle. However, the Persona Team and Koei-Tecmo’s ω-Force staff were both so passionate that it didn’t feel like work, and I think that the quality we were able to achieve with our efforts is part of the reason for the results this time. I’m truly thankful to all of the staff involved and everyone who played it.

As for where players would like the Phantom Thieves to visit in a next game, the top answer was “Overseas,” without naming any particular locations. Many people also suggested locations from previous games in the series. Setting aside the matter of whether a sequel will actually exist, what did you think of these results?

Kanada: Overseas sounds fun. The idea of the Phantom Thieves solving cases overseas was very appealing to me. And of course, there are still many wonderful locations left in Japan. I think that the setting for this game (the Phantom Thieves traveling around Japan) has a lot of potential, so if the chance arises, I’d like to send them to other places they haven’t visited yet… But in that case, I don’t think summer vacation would be enough time.

In this game, we included the calendar concept to make it more like Persona 5, but it’s my dream to one day move on from the calendar aspect and show the Phantom Thieves freely visiting various places. 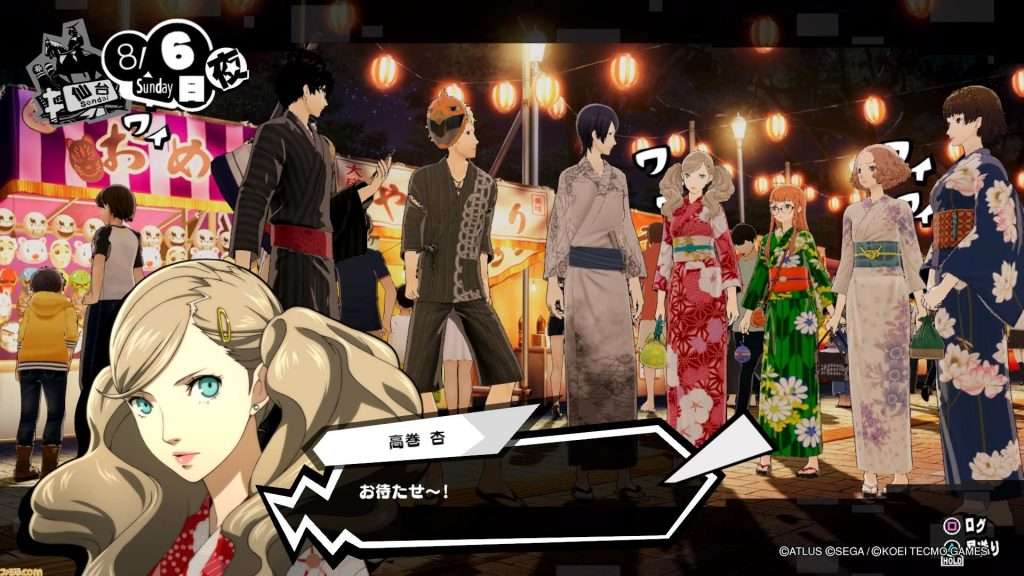 As for favourite characters, the new characters Zenkichi and Sophia took the top two spots, eclipsing the members of the Phantom Thieves.

Kanada: I’m truly surprised that Zenkichi and Sophia placed first and second, and I’m very happy to see that. I think all of the staff involved will feel the same way. The new characters are extremely important to the new story, but since they’re being added to an already-complete group, positioning them within that group will always be difficult. There were also players who were at first concerned about these two joining the team. So, I’m truly happy and relieved that the results ended up this way.

In this game’s story, we wanted to depict the Phantom Thieves after they’d already gone through their character development. On the other hand, we had to show the character development for the two new characters. An AI who doesn’t understand the human heart and an adult who’s given up on changing both make for somewhat extreme characters, but as a result, we were able to demonstrate characteristics that were different from the Phantom Thieves, and I think we made their growth easy to understand.

The voice actors also did a wonderful job.

Kanada: Shin-ichiro Miki who voiced Zenkichi, and Misaki Kuno who voiced Sophia. Both of them thought deeply into their characters’ feelings, understanding them and expressing them, and I think that’s why many players accepted them. I saw a lot of feedback wanting Zenkichi and Sophia to appear again in the future, and that made me really happy. Personally, I really want to let them appear in something else too.

I was also happy that two other new characters, Kuon Ichinose and Akane Hasegawa, also received a fair number of votes. Many, many people sympathized with Ichinose, and some even saw themselves in her. As for Akane-chan, I saw a comment that said, “I related to her as a fellow Joker fan.” I’m truly glad that people liked not just the Phantom Thieves, but the new characters in this game, too. I hope to make another game where they work alongside the Phantom Thieves again someday. 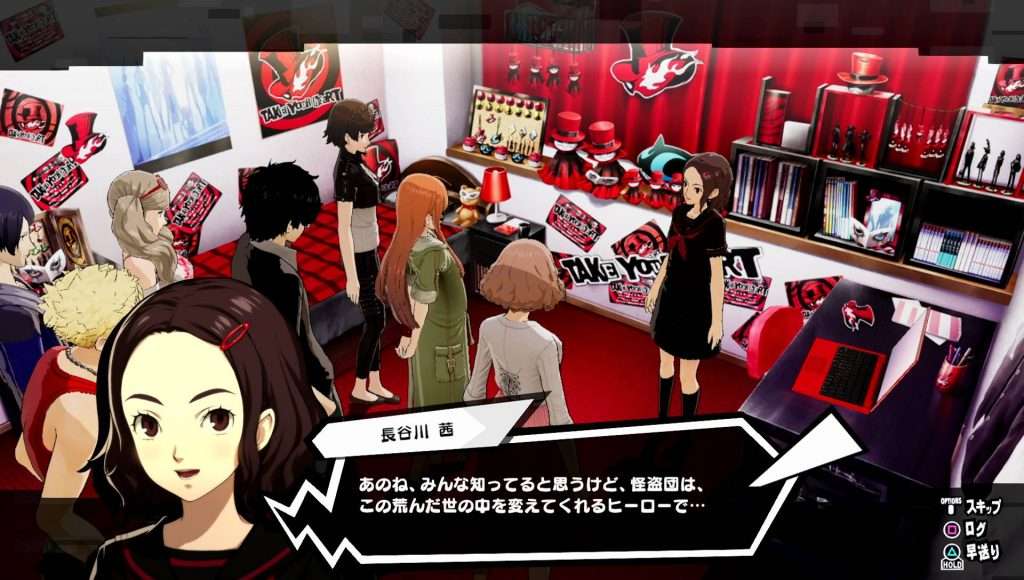 As for the most memorable scene, the new characters’ awakening scenes took the lead as expected, and various other scenes were named as well.

Kanada: I’m very happy that Sophia and Zenkichi’s awakening scenes were at the top. In the Persona series, the characters’ Persona awakenings are the most symbolic representation of their growth and change, so it’s great that the new characters’ awakenings left a deep impression on most players. It’s also amazing that the Hee-Ho Cleanup Crew placed third. The voices for the Jack Frosts in that scene were actually made by having the many voice actors who did the townspeople and background voices all record together in unison. It was an incredible recording.

Also, the “Idiot, idiot!” scene was one of my personal favourites. While it didn’t make the ranking, I also liked the scene when Alice makes the party fall underground and Ryuji asks “Hey… are you guys okay…?” while being crushed under everyone else, showing his good nature. …Honestly, every scene is memorable to me. Thank you for all of your votes.

Were there any other questions that interested you in this survey?

Kanada: All of the questions provided valuable opinions, and I’m nothing but thankful to everyone who filled it out. If I had to single out a particular one, it’d have to be the freeform question asking for your overall impressions of the game. We read every single one of your answers. To be honest, we were very worried about whether this game would be accepted as a Persona 5 sequel and a new Persona 5 format. However, the overwhelming majority were happy with it, saying that it was “undeniably the sequel to Persona 5,” and the new characters, combat, sound, and new features were also well-received, which I’m truly glad for.

Many people also wished for a continuation or for it to become a series, which was also great to hear. Personally, I’d love to try to make another game with this team. Thank you for all of your opinions and feedback. 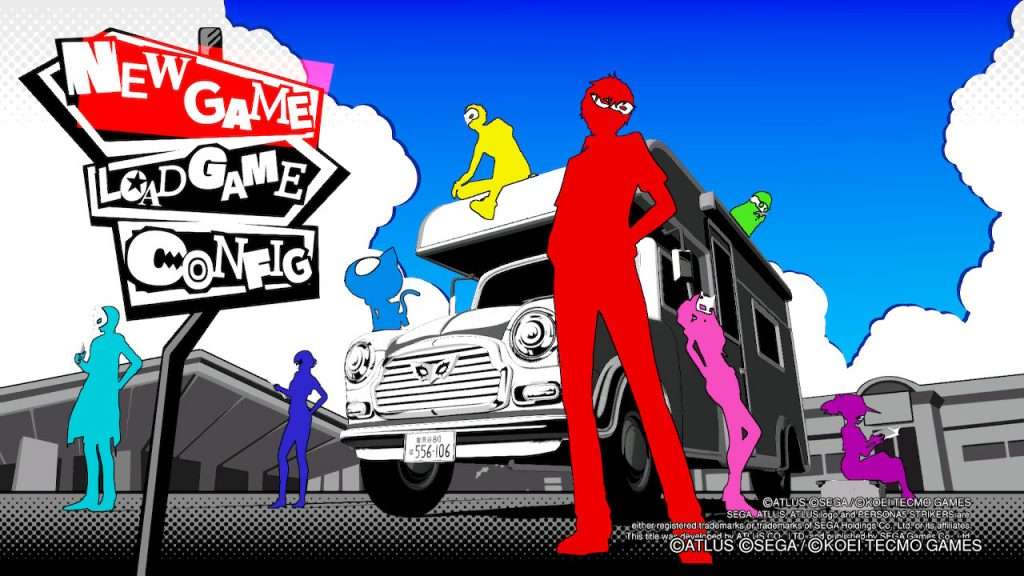