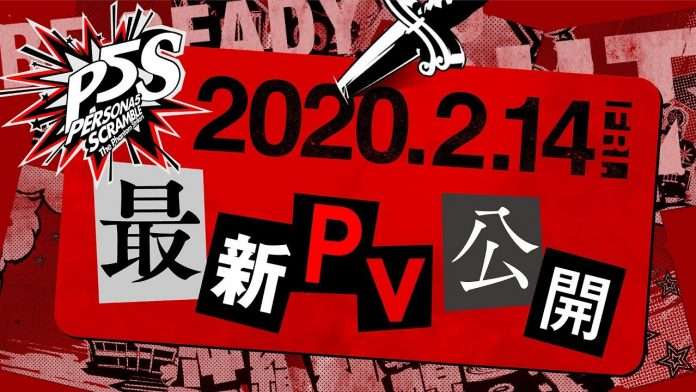 With Persona 5 Scramble: The Phantom Strikers releasing next week in Japan, Atlus has announced that the newest trailer for the action RPG, preview trailer PV03, will be released tomorrow on February 14, 2020.

The latest trailer for Persona 5 Scramble will be 3 minutes and 48 seconds long, and presumably the final preview trailer before the game’s launch next week.