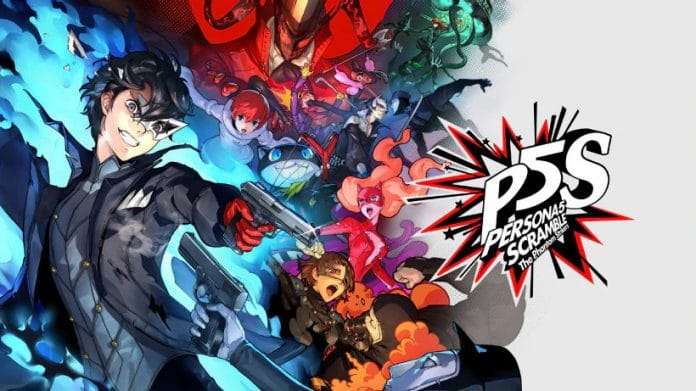 Atlus has announced that the latest spin-off in the Persona series, Persona 5 Scramble: The Phantom Strikers, will be released in Japan on February 20, 2020 for the PlayStation 4 and Nintendo Switch. The game will cost 8,800 yen (excluding tax).

This follows the tease of new P5S information to be detailed today through a video, which turned out to be a preview trailer for the game. The official website for Persona 5 Scramble has also been updated.

The stage has expanded to all over Japan. The Phantom Thieves’ journey begins now!

Persona 5 Scramble is a brand new story as a sequel to Persona 5. It takes place about half a year after Persona 5 ended.

The Phantom Thieves meet up again during summer vacation and get caught up in another incident. Mysterious case start happening all over Japan, and Palaces—the cognitive world of twisted adults—have returned. The Phantom Thieves jump back into action to work towards solving the case.

The identity of the round-eyed girl is unknown.

Win with style! Go on a rampage with Scramble Action!

Created in collaboration between Atlus’ Persona Team and Koei Tecom’s Omega Force, play in a flashy and exhilirating action RPG set in various parts of Japan.

All the Phantom Thieves are playable, with the exception of Futaba Sakura (Oracle). Switch up the characters you play as depending on the situation. 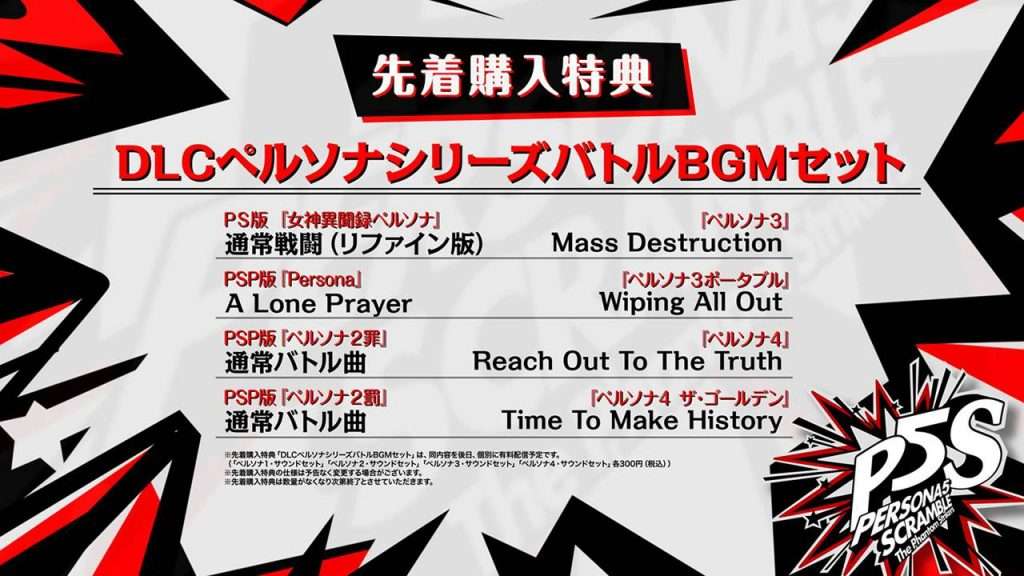 The first-print purchase bonus, also included with digital pre-orders of the game, will be battle BGM from previous Persona games: 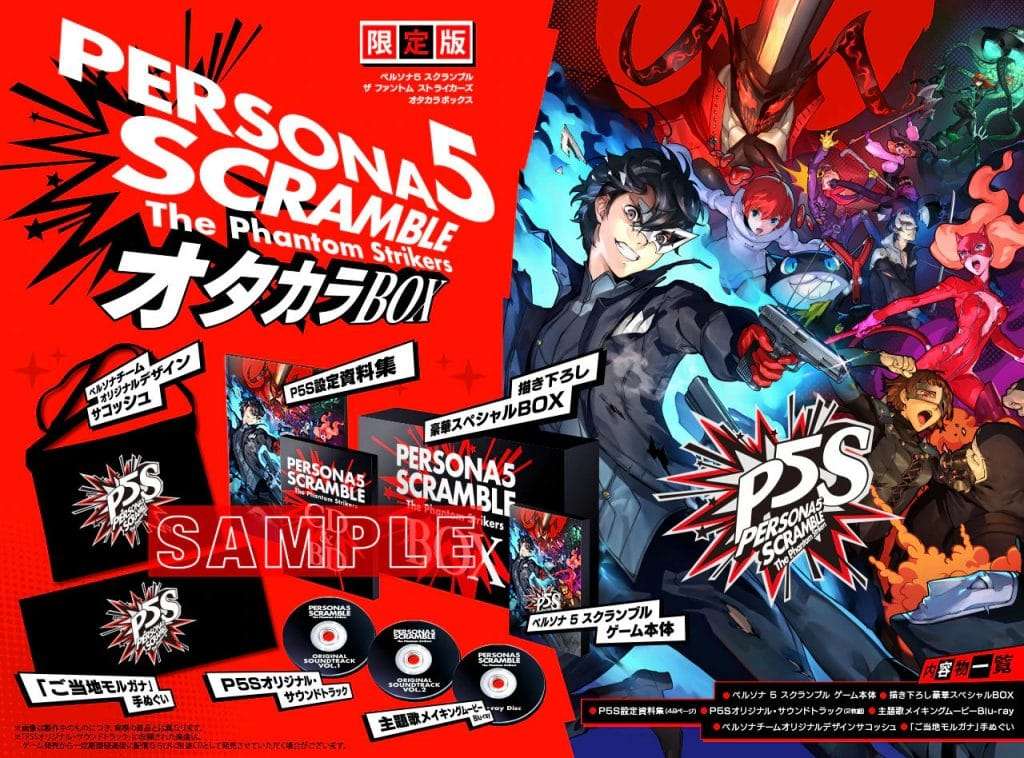 The limited edition, called “Persona 5 Scramble: The Phantom Strikers Treasure Box,” will cost 13,800 yen (excluding tax). In addition to the game itself, it will include the following:

48 pages of the setting materials for this game.

Include 45 songs from this game, collaborated between the Atlus Sound Team and Koei Tecmo’s Sound Team.

A recording of the making-of for the theme song of Persona 5 Scramble, “You Are Stronger.”
Sacoche

A special foil box illustrated by the Persona Team.

The original soundtrack will be sold seperately some time after release.

Persona 5 Scramble is currently available for pre-order on the PlayStation Store in Japan. The pre-order bonus is a “Recovery Pack,” providing an assortment of useful recovery items. Pre-downloads will begin on February 18, 2020. 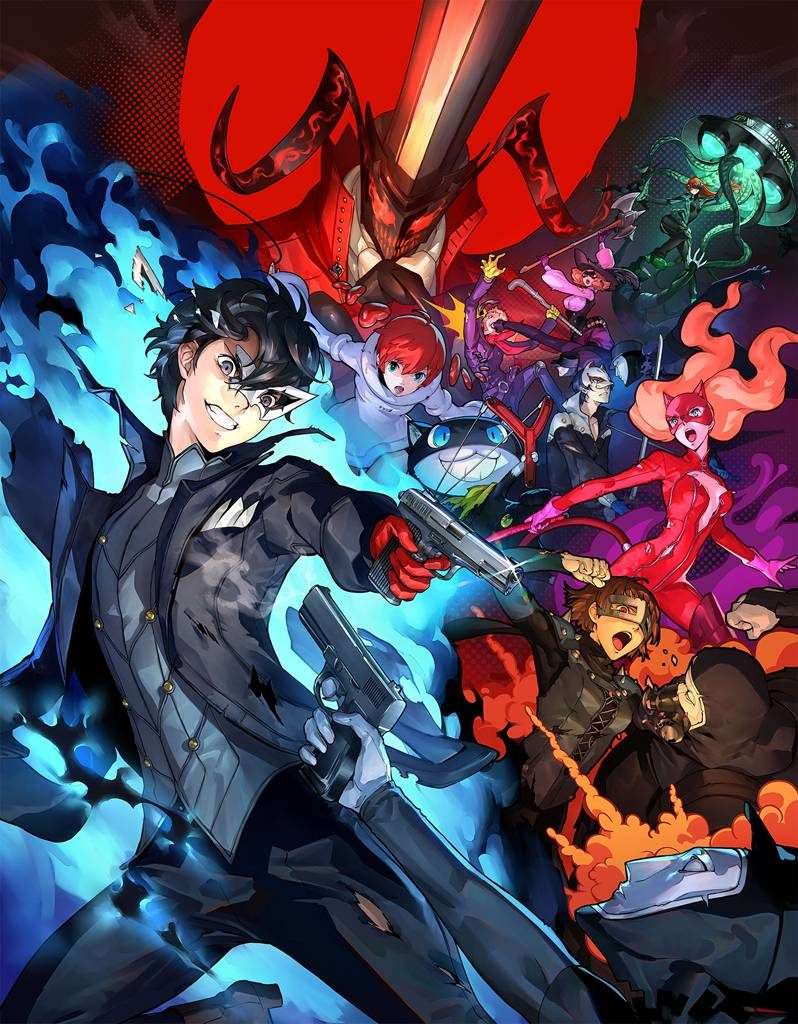