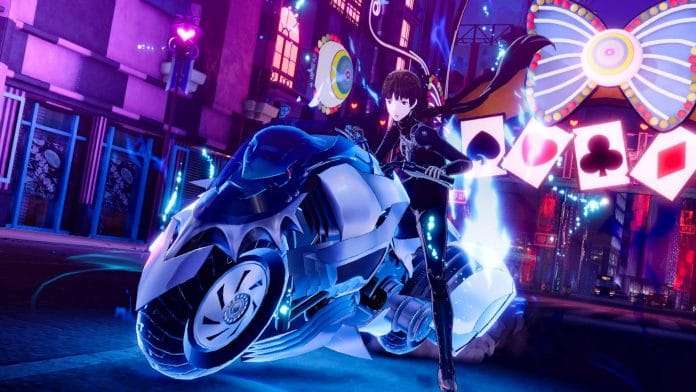 This week’s issue of Weekly Famitsu magazine issue #1644 (or the June 18, 2020 issue) includes questionnaire results for four games released from January to March 2020: Yakuza: Like a Dragon, Granblue Fantasy Versus, Nioh 2, and Persona 5 Scramble: The Phantom Strikers. Each game has 8 pages filled with survey results.

Responses for the Persona 5 Scramble questionnaire were gathered from May 16 to May 19. The purpose of these surveys was to gauge how fans played and experienced the games, and they also include comments from the developers based on the survey results. The interview comments from the producer and director Daisuke Kanada will be published at a later date.

[SPOILER WARNING]: QUESTIONS 8 AND 9 INCLUDE SPOILERS FOR THE GAME, AND THEY HAVE THUS BEEN SECTIONED OFF TO A SECOND PAGE (WITH SPOILER MARKS, SO THE SPECIFICS CAN ALSO BE AVOIDED THERE)

Q1: Which platform did you play on?

The ratio of PlayStation 4 players to Nintendo Switch players was around 3:1.

Q2: Which difficulty did you choose for your first playthrough?

In keeping with the tradition of the Persona series, [Persona 5 Scramble] is a tough game where you may often struggle if you don’t improve your characters properly. Most users chose to play on Normal, however a decent amount did opt to start on Hard.

Q3: How long did it take you to finish the game on your first playthrough?

With this game’s introduction of action elements, there’s an unprecedented sense of tempo. However, that doesn’t mean the game lacks volume, as there’s a lot to do between getting equipment to defeat powerful enemies, familiar Persona-like conversation scenes, improving skills with the BAND system, and earning money by completing requests.

As a result, more than 1/3 of users took more than 50 hours to finish the game. The response rate to this question was about 99%, with almost all survey respondents having finished the game.

Q4: Which games in the “Persona” series have you played so far?

As the popularity of the franchise has increased, you can see how many more players played the mainline releases from Persona 3 to Persona 4, and from Persona 4 to Persona 5. The older games also have a decent play rate, and so do the spin-offs, demonstrating the stability of the IP among fans. 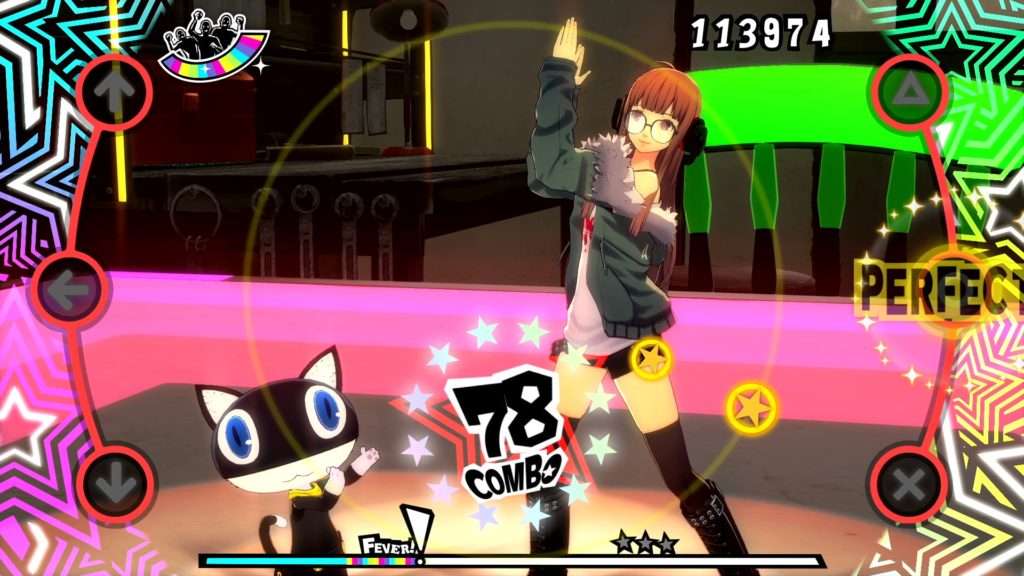 Q5: What factors did you focus on in requests?

Through requests, you can improve your mail order lineup [aka Sophia’s shop] or get the experience you need to acquire BAND skills and improve your strength. A lot of people said they wanted to accomplish everything.

Q6: Which was the most memorable city/destination?

The top rankings were contentious, but Sendai won by far. Comments talked about how accurate each city was to real life, as well as the notable background music. Voices of the clerks at the shops will change from city to city, and when visiting Osaka, Sophia will speak with a Kansai dialect on the mail order screen. 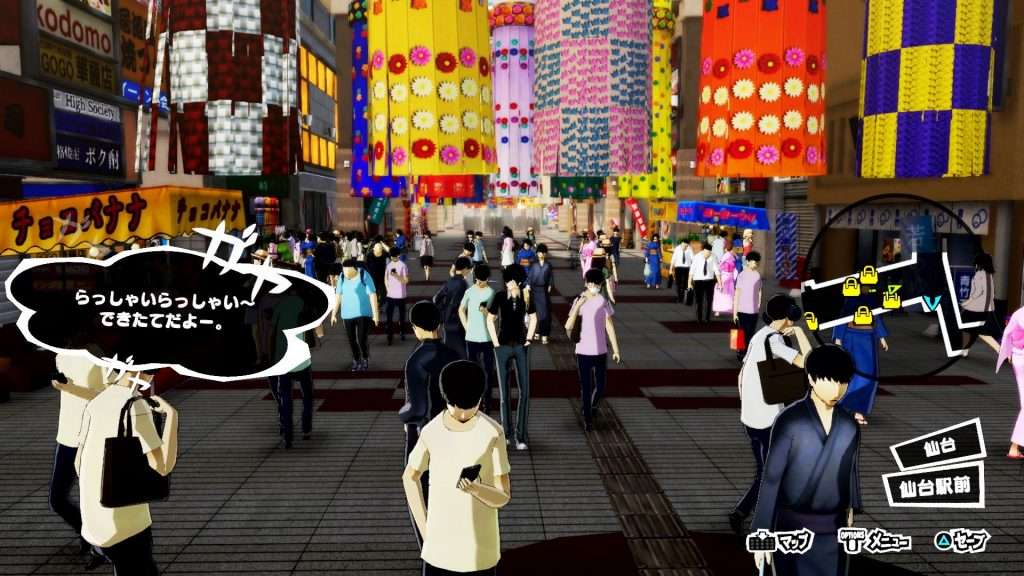 Q7: If there is a sequel, what famous spot would you like the Phantom Thieves to visit?

The most common response was “overseas.” One respondent said “New York,” although they’d be worried about understanding what was said. Famitsu notes that the Persona series is very popular overseas, so if that were to happen, fans of those locations would be happy.

The next most popular responses were locations from previous games in the Persona series. One respondent said Inaba from Persona 4, although they’d rather see a “P4S.”

Many people also want to see the main character’s home. Additionally, in Japan, Kyushu, Hiroshima, Mt. Fuji, etc. were mentioned. For unique places, many people would also like to see collaborations with a famous theme park.

Q10: Which Phantom Thief members did you use the most?

The protagonist took first place with a very large difference. Of course, his abilities and ease of use are excellent, leading to this convincing result. Respondents talked about how easily he can exploit weaknesses by switching personas on the fly.

For the other party members, respondents mentioned their personal tastes such as their voice, visuals, and style.

Q11: Who did you invite when you rode the Ferris wheel in Sapporo?

The voting for this one was contentious right until the deadline, so it wasn’t clear who would get first place. Finally, Makoto Niijima took first place with strong support from men (with around a 20% woman vote). 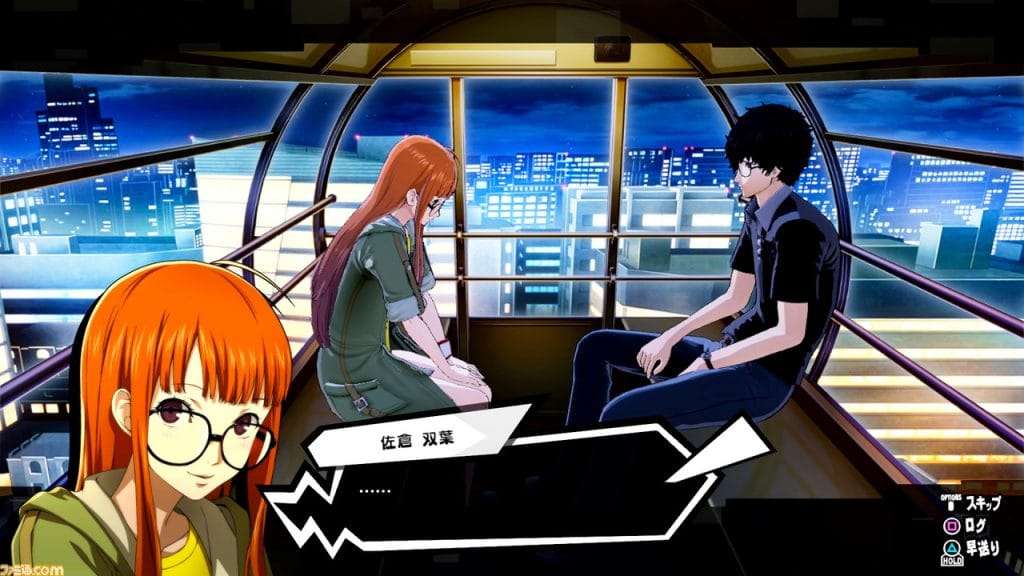 Q12: Which character that appeared in this game did you like the most?

The new characters from this game, Zenkichi and Sophia, received a lot of votes and achieved first and second place. Additionally, Kuon Ichinose is the only charater other than the Phantom Theives to rank in the top 10 (Ann got 11th).

Q13: Which was the most memorable scene?

Relative to the size of the story as a whole, many opinions were given as to which scenes were the most impressive. The most common ones were related to Sophia and Zenkichi.

Q14: Which persona did you use the most with the protagonist?

In this game, the protagonist can make full use of 67 different persona. The personas voted on seem to be those used the most during the players’ travels as they switched to personas with a higher base level, and those who were the most active at the end of their second playthrough.

After the early persona Arsene is Alice, Yoshitsune, Seth, and Lucifer. Arsene learns new skills up to level 95. Some respondents said that they didn’t use Arsene for fusion from the start, and that while it’s fun to use strong persona, it’s also fun to develop the initial persona. 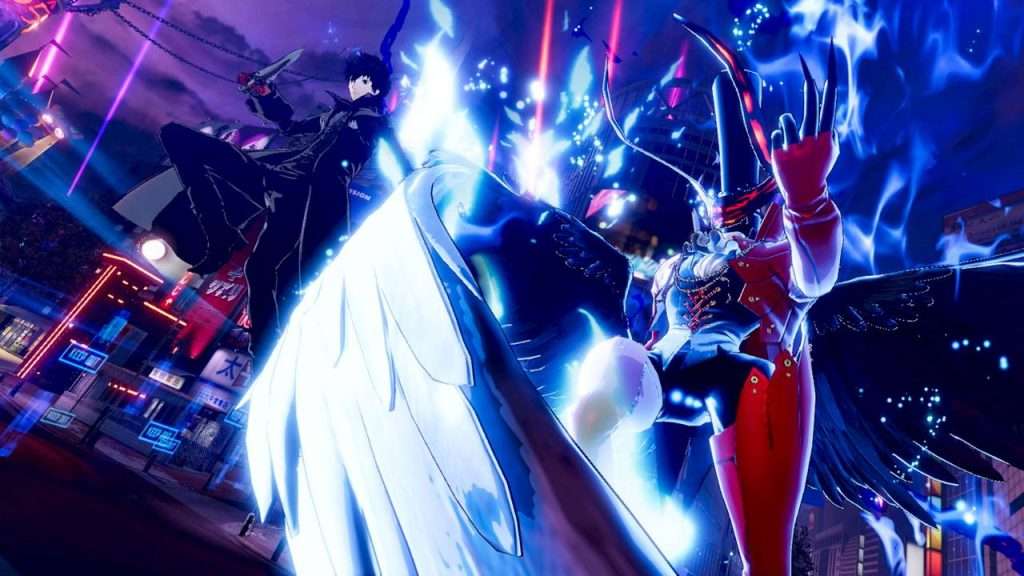 Q15: What are your impressions of the story, new characters, action combat, and music?

This question accounts for the four important points which can be said to be the foundation of the game. The results show that each element has a high level of satisfcation, with more than 90% voting for “Good” or above on each. For the action battle, it seems some people had a difficult time fighting, as it was pointed out in Q8.

Q16: Please give your overall impressions.

A lot of users sent their feedback. Users felt that their expectations were betrayed in a good way. The game’s elements are all Persona, despite what they had imagined from a Koei tecmo developed “Musou” title. Many people said that the new characters were compelling, along with the existing Phantom Thieves. Many people want a sequel.

Some of the comments: