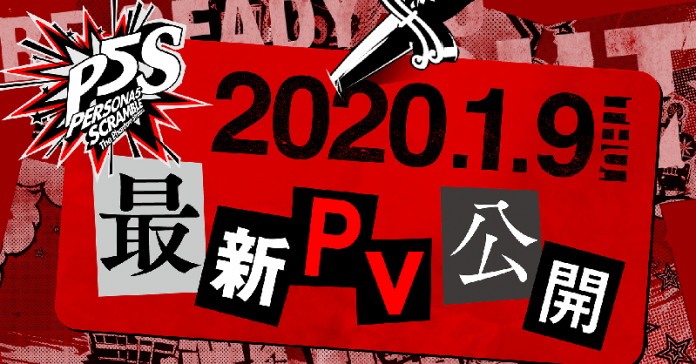 Being just a month away from release and as a belated New Year’s celebration, Atlus has announced that they will be releasing the latest information on Persona 5 Scramble: The Phantom Strikers for 4 consecutive days, from January 9th to January 12th.

This will start with the second PV trailer for the game which will be released tomorrow on January 9, 2020 at 6:00 PM JST. The trailer will be 3 minutes and 43 seconds long.

The first reveal trailer for Persona 5 Scramble, or PV1, was released on October 23, 2019.