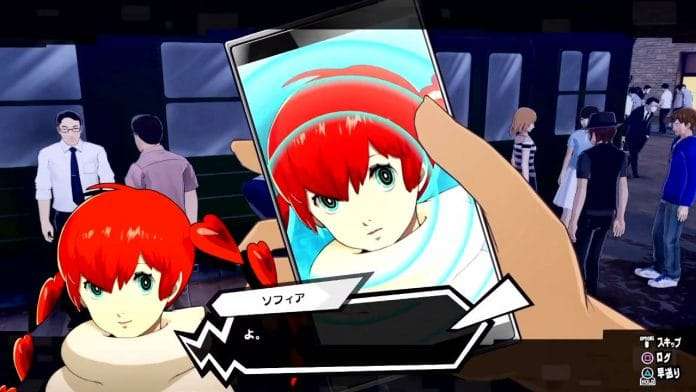 Voiced by Misaki Kuno and with the code name “Sophie,” Sophia is a new character and member of the Phantom Thieves.  Sophia’s background is unknown and she lacks the memories of her past. She is an AI who lives in the protagonist’s smartphone in the real world, and she has a strong desire to befriend humans.

She battles by dual weilding special yo-yos, and by fighting with a persona-like weapon called “Pithos.”

Atlus held a poll within the previous character trailer, with options for which summer fashion users liked the most. Two days later on November 7, reflecting the top result, Atlus posted a Twitter video of Futaba in P5S.

This time, in the Sophia video, the poll features questions for which techniques people would like to see Sophia use. Options

Additionally, the official website’s “Shopping Guide” showing off retailer exclusive pre-orders in Japan for Persona 5 Scramble has been opened.