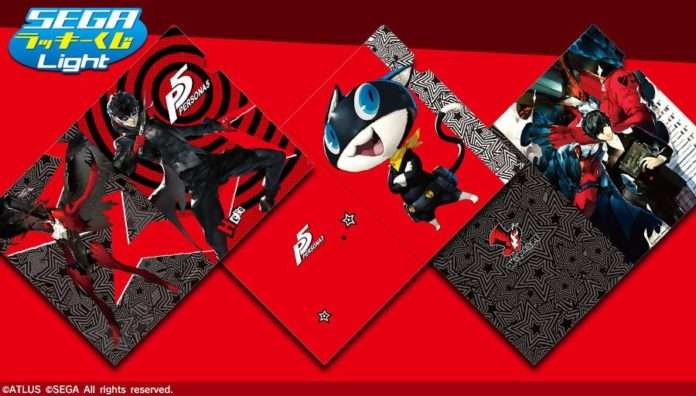 Two new promotional campaigns for Persona 5 have been announced, following the one for signboards displayed at Yodobashi Camera retail stores.

With the upcoming launch of the game on September 15th, a Persona 5 clear file collection has been announced for “Sega Lucky Lottery Light” convenience store distribution.

Designed after Persona 5‘s aesthetic, the clear files are meant to be cool and stylish. There are 20 types plus a “Last Lucky Award” one. Lotteries to obtain one of the clear files will cost 350 yen each (excluding tax).

More information on store locations and the clear file designs will be revealed in the near future.

Sega Lucky Lottery are lotteries at a variety of convenience stores which distribute prizes for different Sega properties. Every ticket is a guaranteed win for a prize.

From August 8 to August 14, large Persona 5 posters will be distributed around JR Ikebukuro Station. These posters will have QR codes during this period, and participating in the campaign could earn someone a “Phantom Thief rubber strap” via a lottery.