Following the Western release of Persona 5 this Tuesday and its Chinese release on March 23rd, Atlus has announced that the game has officially surpassed more than 1.5 million copies shipped worldwide since its initial release on September 15, 2016. 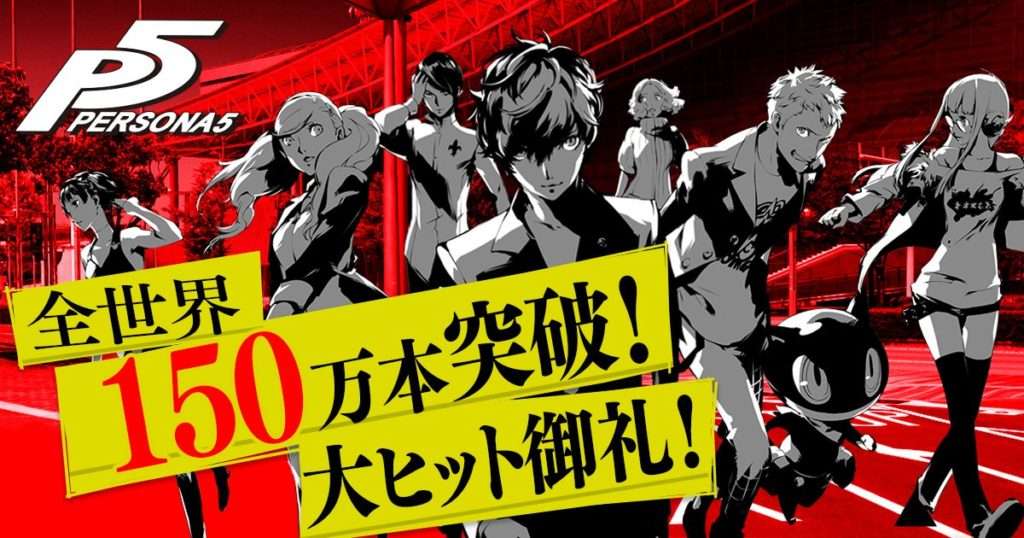 Back in September 2016, Atlus had reported that they had shipped over 550k copies of the game in Japan, and they received a Gold Prize at the PlayStation Awards 2016 for it.

As of November 2016, it was reported that the Persona series had sold more than 6.9 million copies worldwide.

To celebrate the launch of the game, there will be a Persona live concert event on Aug. 2 at the Yokohama Arena in Yokohama, Japan. Please stay tuned for upcoming news on Persona 5 and the Persona series in the future!