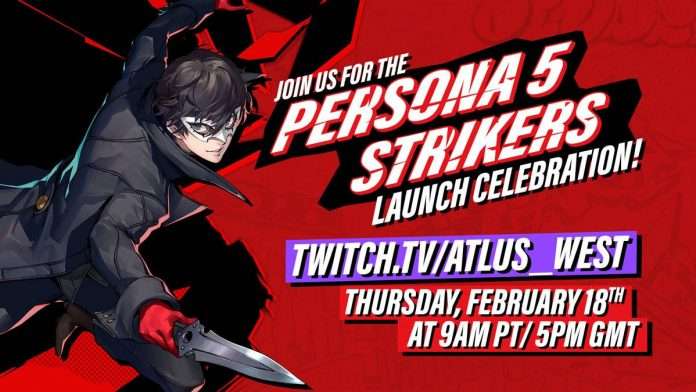 With less than two weeks left until the release of Persona 5 Strikers in the West, Atlus West has announced a launch celebration live stream taking place on February 18th.

The celebration will include a panel discussion with the English voice cast of the game, as well as special developer messages, exclusive footage, and more.