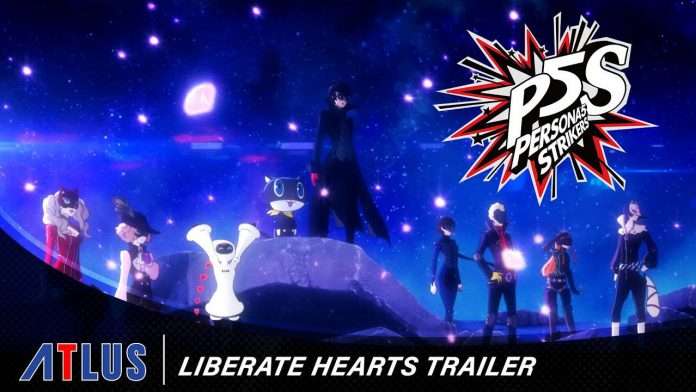 With less than two weeks until the game’s launch, Atlus West has released a new English trailer for Persona 5 Strikers titled “Liberate Hearts.”

As previously announced, a launch celebration live stream for Persona 5 Strikers will be taking place on February 18, 2021, featuring the English voice cast and comments from the developers.

As the Phantom Thieves investigate a series of strange cases occurring across Japan, they discover another realm where innocent people are being jailed and forced to forfeit their hearts’ desires by the whims of its ruler. In typical Phantom Thieves style, they’re going to use everything they’ve got to liberate the imprisoned, return their hearts, and strike back against the corruption in their most explosive fight yet!

Persona 5 Strikers is coming to PlayStation®4, Nintendo Switch™ and Steam® on February 23! Players who pre-order the Digital Deluxe Edition now will get access to the game four days early, on February 19.