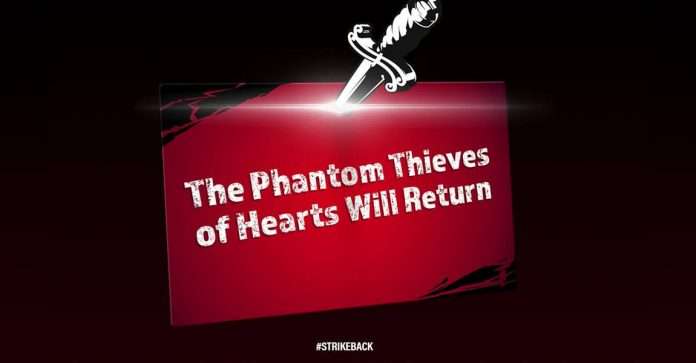 Following the leaked video confirming that Persona 5 Scramble: The Phantom Strikers will be released as “Persona 5 Strikers” in the West on February 23, 2021, Atlus West has posted a tweet teasing an official reveal for December 8, 2020.

Our communications have been intercepted by the Phantom Thieves.

With the tweet referring to the leak by saying the announcement was hijacked by the Phantom Thieves, the official English website for Persona 5 Strikers has been updated and features the hashtag “#StrikeBack.”

Different regions of the website feature appropriately translated text, which could be a possible indication of English, French, Italian, German, and Spanish localization.