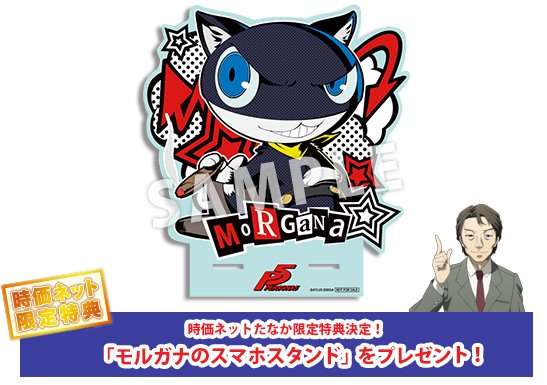 The Persona 5 pre-order bonus exclusive to Japanese retailer Tanaka’s Amazing Commodities (ANIPLEX+) is a Morgana acrylic smartphone stand, and its picture has been revealed.

Persona 5 pre-orders at “Jika-Net” will include this smartphone stand.

This follows the Stella Worth set pre-order item pictures, as well as the full list of Japanese retailer pre-order bonuses for the upcoming RPG.