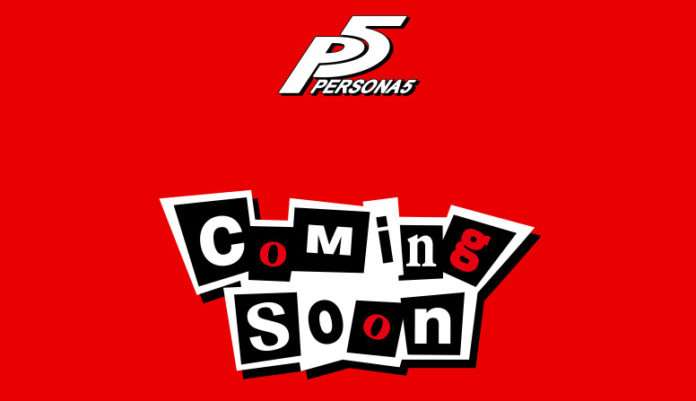 A new teaser website with the words “Coming Soon” has been launched for Persona 5, related to Tokyo Game Show 2015 (going from September 17 to September 20).

The source code of the page mentions that it will be releasing the latest information about Persona 5 (via NeoGAF).

This follows the confirmation last week that Persona 5 would be featured at TGS 2015, in a stage capacity.

The initial poster for the promotion in question has a QR code which leads one to the teaser website.

Persona 5 is set for a PlayStation 4 and PlayStation 3 release in Japan in 2015. The anticipated RPG is also set for a 2015 release for the PS4 and PS3 in North America.

Tokyo Game Show 2015 starts on September 17th and goes until the 20th. Prior to that, SCEJA had their annual pre-TGS conference on September 15th where Vanillaware’s 13 Sentinels: Aegis Rim was announced.